The Prayer of the Virgin Mary by Sis. Barbara Makeda Blake-Hannah

Purchase: The Prayer of the Virgin Mary by Sis. Barbara Makeda Blake-Hannah 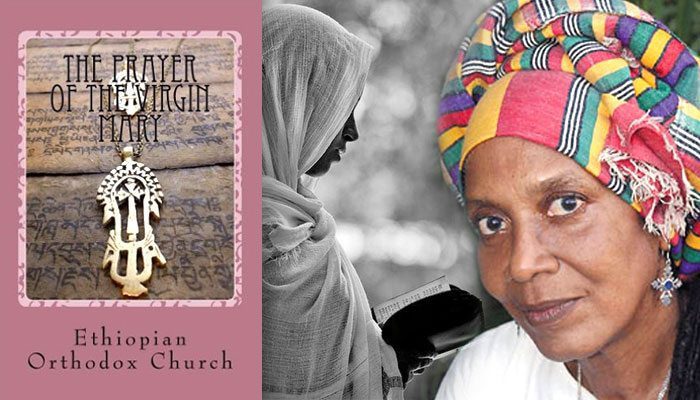 Born February 27, 1897, in Philadelphia, Marian Anderson displayed vocal talent as a child, but her family could not afford to pay for formal training. Members of her church congregation raised funds for her to attend a music school for a year, and in 1955 she became the first African American singer to perform as a member of the Metropolitan Opera in New York City.

THE PRAYER OF THE VIRGIN MARY is one of the priceless treasures freed from the British Museum by Ras Seymour Mclean, the Book Liberator. It was one of thousands of items of gold, silver, jewels and holy books stolen after the sacking of Magdala Palace by British general Robert Napier in 1868, after which Emperor Teodros committed suicide rather than be taken prisoner. According to Ethiopian history, the Prayer is famous because of the many people who have claimed their prayers have been answered by its use.This Special Edition makes copies accessible to those for whom Ras Seymour Mclean liberated it. All profits will go to the Kingston branch of the Ethiopian Orthodox Church.

You will read in the Foreward, I have typed this Prayer out and self-published it:

(a) in honour to Ras Seymour Mclean, the Book Liberator, who gave me a copy way back in 1980-something and

(b) so that people can have an inexpensive version of this important Orthodox prayer.