Loading posts...
Home Ethiopian Orthodox Tewahedo Faith The difference between being an Ethiopian and being Habesha
Spread the love

The difference between being an Ethiopian and being Habesha

The Habesha are those people who are from the North part of Ethiopia, specifically, the Tigre, the Agew, the Beta Israel and the Amhara. The Anyuaks of Gambella are from Southwest of Ethiopia. These two groups led their lives and their history seperately. The Anyuaks had their own history in the Southwest dating back to 2,000 years.

Some 2,000 years ago, the Anyuak country, as it was called, was situated between Southwestern Oromo land, present day part of Ethiopia to Pibor River and to the West up to Nyium, present day Nasir in the Sudan. 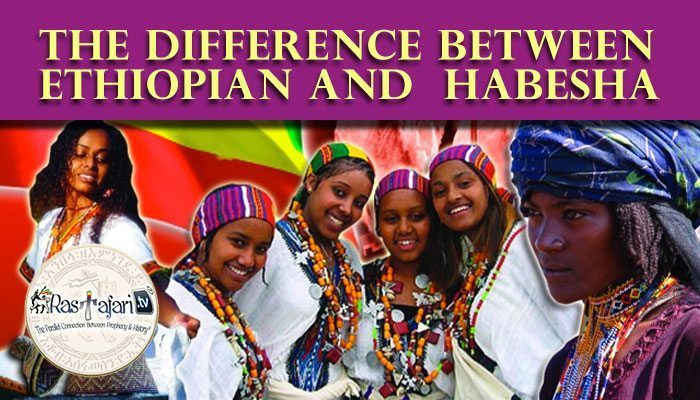 The Anyuak country was divided by four main Rivers- the Akobo, Openo, Alworo, and Gillo. The Anyuaks had seven administration states- Adongo, Ciro, Nyikaani, Lul, Tier Naam, and Openo under one Nyeya (king) rule. Each state had its own autonomous administration. They had rights to choose from the two Anyuaks’ political systems- Nyech (kingship) or Kwar (headman-ship). The fact of the matter is Anyuak country was never part of Ethiopia or Sudan before 1902. The integrity of Anyuak country came to an end when it came under nominal British control from 17th to the 18th century followed by Ethiopian invasion. On May 15, 1902, after complicated and prolonged negotiations, Emperor Menelik II of Ethiopia signed the Anglo-Ethiopian agreement that established his Western frontier with the Anglo-Egyptian Sudan. This treaty divided the Anyuak land in two, portioned it amongst the bordering countries Sudan and Ethiopia, without the consent of its leaders. The Southwestern part remained under British control as part of Sudan and the Eastern part became part of Ethiopia under the name Gambella. The word “Gambella” means “Catching a male Tiger with bare hands” in Anyuak.

The Habesha history goes back to the Axumite Empire in the first century A.D. It was documented that around first century A.D., some Hamitic-Semitic peoples (Sabaean traders) from South Arabian came into contact with native people and intermarried. Their off-springs were referred to as “Habesha”, which means “people of mixed blood”. Their land (Tigray, Begemdir, Gojam, Northern Shewa, and Welo) was later termed Abyssinia. It was only when the Abyssinia state exhausted its scarce resources that its leaders expended its frontiers South and Westward in order to amass the resources needed to feed their subjects. Per advice from Count Pietro Antonelli, an Italian with geographic Society mission in Abyssinia, the state of Abyssinia combined with the newly added states of the South and the West, were later referred to as “Ethiopia”

Since the Anyuak country was portioned to Ethiopia in 1902 under the name of Gambella, the Anyuaks became Ethiopians, not Habeshas. The Anyuaks, like the rest of Ethiopians (Afar, Adari, Oromo, Somalis, Gurage, Koman, Kunama, Sidama, Berta, Kembata, Amhara, Tigre, and so on—) are proud Ethiopians. And as long as the contest was held for Ethiopians, not for Habeshas, the Anyuaks have all the rights to participate in it. After all, they were called upon to fight side by side with their Ethiopian fellow citizens to defend Ethiopia in times of need. Therefore, why would they not participate in Ethiopians’ beauty contest?

And if some uneducated Habesha foolishly believe that they are the owners of Ethiopia and get offended instead of applauding when their fellow Ethiopian from Gambella wins the beauty contest, I suggest that they start holding their own Habesha beauty contest and we, the non-Habesha Ethiopians will not participate in it. What some ignorant Habeshas need to know is that the Anyuaks are Ethiopians by the virtue of geographical birth. By being born within the geographical area of Ethiopia, the Anyuaks are Ethiopians.

One thing I learned from my education and professional background is that those who put others down or those who think of themselves as superiors, are actually suffering from inferiority complex unconsciously. One who is self assured and confident sees no need to put others down to feel good about himself/herself. Some Habashas suffer from inferiority complex. They are always bent on looking for ways to put others down in order to feel good about themselves. And the outrage responses we recently witnessed from some Habeshas about the winning of Ethiopians’ beauty contest by a young girl from Gambella was not only a manifestation of ignorance, it was also a manifestation of inferiority complex.

In my youth, I lived in Addis Ababa. I even went to high school there (I spent my teenage years in Addis Ababa). I can say with confidence that I know both the Anyuaks and the Habeshas very closely. My experience with some Habeshas is that they lack awareness of what offends and what does not offend others. They say things without thinking about others’ feelings. Gossiping about others (especially dark skinned persons) is a day to day duty for some Habeshas. In fact, badmouthing dark skinned individuals is encouraged and supported by others in Habashas’ culture. The Anyuaks, on the other hand, despise gossiping so much that it is almost a taboo in their culture. The Anyuaks’ cultural norms forbid them from saying things that may offend others. Badmouthing some one, especially if he/she is not present, is met by immediate condemnation by others in Anyuak culture. Thus, individual Anyuaks barely say bad things about others.

With so many ignorant and narrow minded population of her own, my fear for Ethiopia is that one day she will break into pieces. My biggest fear is that one day the rest of the ethnic groups in Ethiopian will get fed up with the ignorance and the unwillingness to learn by some Habeshas and breakaway from Ethiopia. I call on all Habeshas who have not yet come to terms with the reality of the world to start permitting themselves for learning, because the 21st century offers no excuse for choosing to remain ignorant.