Victoria Falls, Zimbabwe is the largest waterfall in the world based on the width of 1.7 km (1 mile) and height of 108 meters (360 feet). It is literally a wall of water! Experiencing Victoria Falls will leave you gasping for superlatives.The Victoria Falls is roughly twice the height of North America’s Niagara Falls and well over twice the width. The native name is Mosi oa Tunya or “smoke that thunders.” The first European to discover this waterfall was an adventurous missionary and explorer named David Livingstone who chanced upon this natural phenomenon in 1855 (and almost tumbled over the edge of it). Struck by its unbelievable size and power Livingstone named them the Victoria Falls (after his English Queen Victoria).

Surely this phenomenal spectacle was created by supernatural or Godly design, you might ask yourself. But, it is not easy to be coldly scientific and objective about Victoria Falls. Because, as massive as it is, it has an equally massive effect on one’s deepest feelings and emotions. As David Livingstone wrote in his diary – ‘THIS INDEED IS A SIGHT FOR ANGELS’. If you have the opportunity to see Victoria Falls count yourself one of the most privileged people on this planet.

Despite its worldwide fame and popularity it ranks as one of the world’s most unspoilt and undeveloped tourist destinations. Zimbabwe’s Department of National Parks and Wildlife Management has kept the falls, the rainforest and the river upstream much as they were when Livingstone made his discovery over 150 years ago. Today, a memorial of David Livingstone stands as a larger than life bronze statue on the Zimbabwean side of the river looking across to the island on the very edge of the falls where he first glimpsed them. 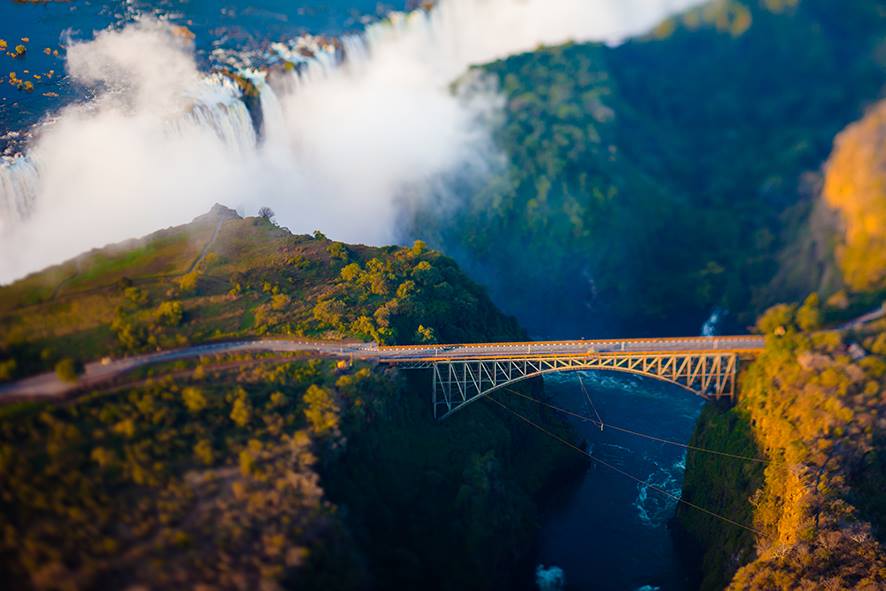 The significance of the Africa Free Trade Agreement: David Owiro

Africa is finally realising the dreams of its greatest leaders. That's according to President Cyril Ramaphosa, talking about the f...

Who should own South Africa’s land? – BBC News

Twenty five years ago this month South Africa’s leaders agreed an historic constitution that paved the way for the end of white ru...