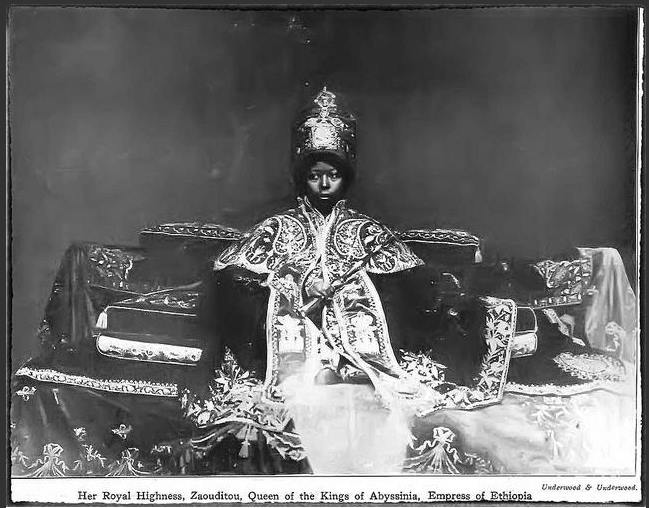 Since it had been resolved in Council that Queen Zawditu’s coronation should take place on 4th Yakatit 1909 = 11th February, 1917), we began passing on instructions to all chiefs that everything necessary for the celebration of the coronation be prepared. There were invited to come to Addis Ababa for the coronation the governor of Bagemeder and Semien, Ras Walda Giyorgis, the governor of Sallale, Borana and Darra, Ras Kassa, the governor of Gojjam, Ras Haylu, the governor of Tigre, Ras Seyum, and other governors of the large provinces. The political atmosphere at that time was grave for invitations of this kind.

When all those invited had arrived, on Sunday the 4th of Yakatit = 11th February 1917), in the great cathedral, the Church of St. George, Queen Zawditu was anointed with the oil of kingship at the hands of the Archbishop, the Abuna Mattewos, and wore the Imperial Crown.

The Autobiography of Emperor Haile Sellassie I : My Life and Ethiopia’s Progress 1892 – 1937