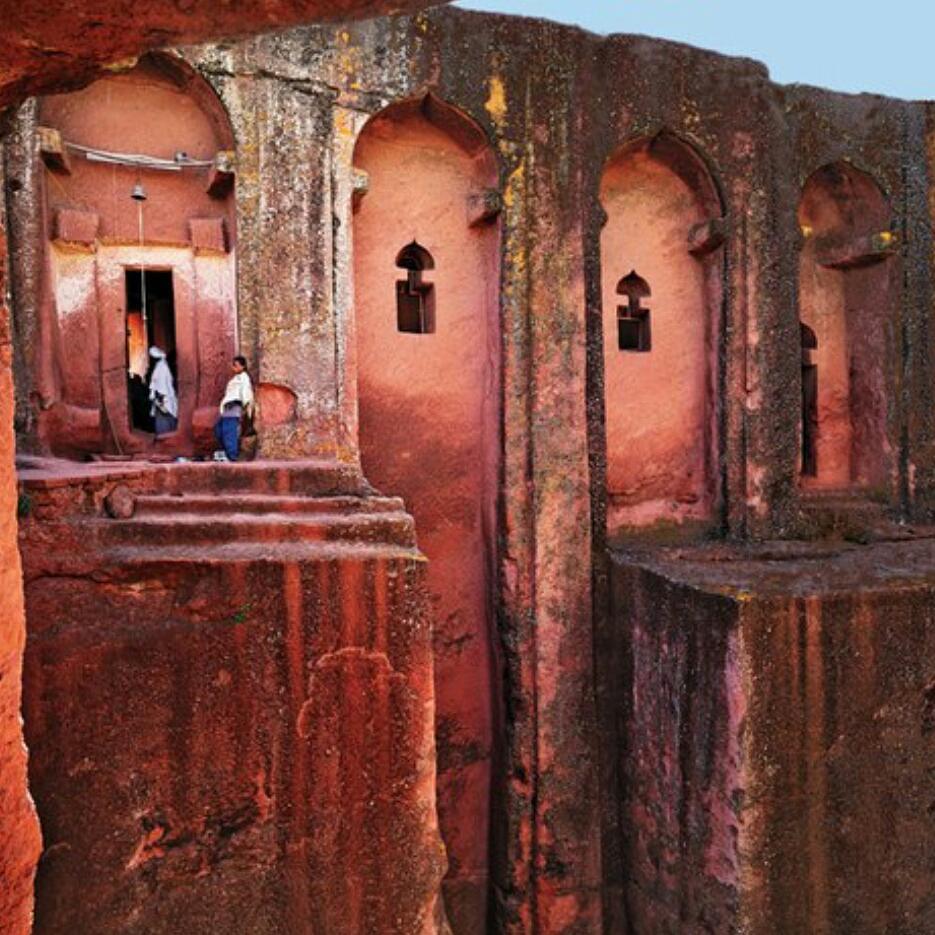 Bet Gabriel Rufael – one of the 11 monolithic rock-cut churches found in Lalibela (formerly known as Roha) in northern Ethiopia (800 years old). The most famous Emperor of the Zagwe dynasty – Gebre Mesqel Lalibela – attempted to build a new Jerusalem as his capital in response to the capture of old Jerusalem in 1187 by the Ayyubid empire under the leadership of the legendary Sultan Saladin.

So he ordered to construct some of the most astonishing monuments in world history which even survived all the destructive wars of the past eight centuries. 🇨🇬@historical.ethiopia🇨🇬