Loading posts...
Home H.I.M. Emperor Haile Selassie I Archive Proof Haile Selassie did not flee Ethiopia in 1936 but was advised by warriors
Spread the love

Exhausted and overwhelmed, having severe lack of sleep and food, H.I.M. Emperor Haile Selassie I packed his bags on May 5, 1936, and manuevered to get away from the advancing Italian forces. With one army of the invaders of the threshold of Addis Ababa and another rapidly closing in from the south, the mild mannered Emperor could hardly be expected to wait for the usurpers to overtake him and his family.

Accordingly he hustled his wife Empress Menen and children into their automobile, taking as much gold bullion as they could carry, and boarded the only railroad train in the country.  Arriving at Djibouti the royal party was met by pitying throngs of loyal followers.

At the port an Italian newspaper reporter, who tried to get his picture, was mobbed by the natives. Received by the French Governor in the Governor’s Palace, the brave and noble ruler was fed and put to bed.  Many mocked H.I.M. as an Emperor without an Empire.

We know otherwise.  Once a King has faithful subjects, He is still Earth’s Rightful Ruler. 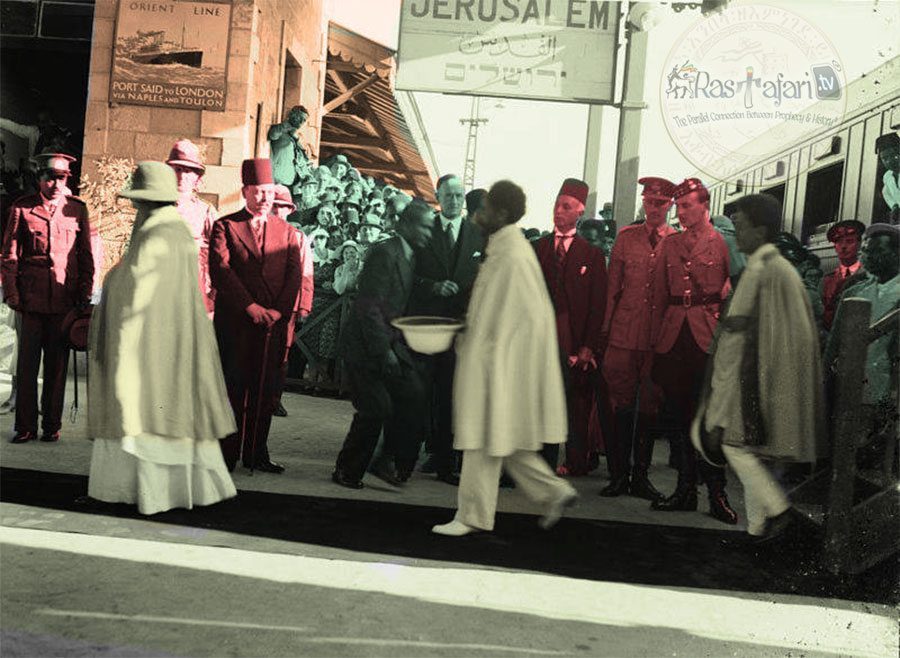