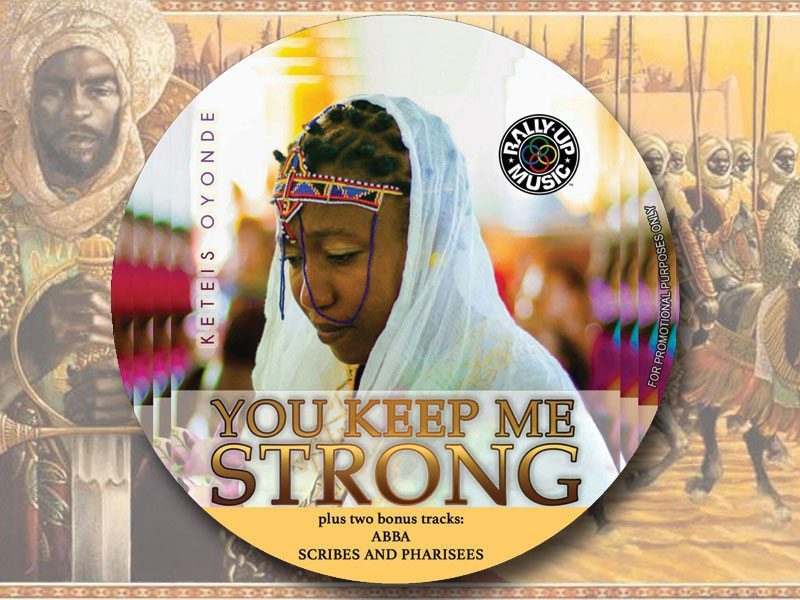 Kingston, Jamaica – June 14, 2017: With a mission to empower, affirm and show respect to both males and females, this Jamaican female reggae artiste stands lyrically loyal with her new single “You keep me strong”.  The track which was produced by Rally Up Music, the California based record label wastes no time to take listeners on a reflective journey of how females can use their powerful feminine energy to keep a man in balance.  Be it a son, father or spouse, Keteis Oyonde put it so eloquently of women’s roles in men’s lives– “The propaganda they spread on you, but we will bring out the best in you. We are your strengths and your weakness too, lifting you up is our duty to do…”.

Hailing men as: “Gods of the earth” and dedicating the song to “all African Kings” goes deep to the core of man’s existence.  Keteis confirms that the song is a call to order for both women and men to not only talk about respect for each other but live it.

In a society where black men especially are at times ostracized, ill-perceived and seen as a menace to society, the song reaches out to them while simultaneously endearing the females to be their strength no matter what. The artiste further confesses that she believes it is the women who are able to lift men out of their low state to becoming their highest self.  This being done will help to impact relationships, friendships and ultimately the family.

“You keep me strong” is a deep soul filling song that is both refreshing and reassuring. Affirming man’s greatness and Kingship will no doubt build confidence and self-esteem among the brothers. This is the message from Keteis.

A video for the song will be subsequently released and listeners are urged to be on the look out for this powerful song through artistic visuals.

“You keep me strong and I will keep you stronger” who would want to resist such display of strength?