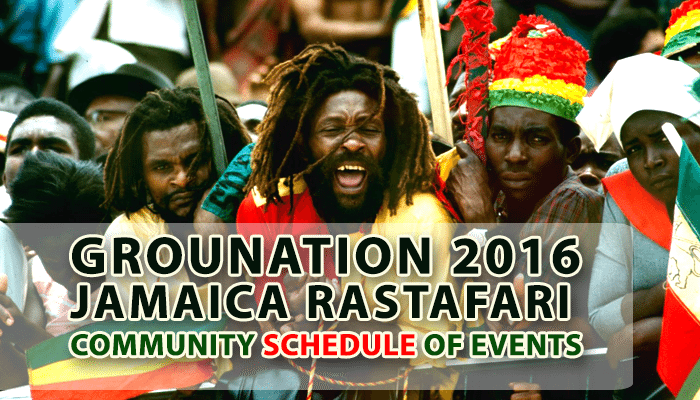 Prince Ermias Sahle-Selassie, a grandson of His Imperial Majesty Emperor Haile Selassie 1 of Ethiopia, will arrive in Jamaica on April 21st to head celebrations for the 50th anniversary of his grandfather’s historic visit to the island. He will be accompanied by his wife, Princess Saba Kebede, and an Ethiopian delegation. Prince Ermias is the President of the Crown Council of Ethiopia (see www.ethiopiancrown.org), and is continuing the work of his grandfather as the Patron of the Haile Selassie Fund for Ethiopia’s Children, promoting the development of Ethiopian education.

The visit of his grandfather Emperor Haile Selassie 1 to Jamaica on April 21, 1966, was a turning point in the history of the Rastafari movement and Jamaica’s cultural recognition.  The Emperor’s visit laid the foundation for the upliftment of oppressed Jamaicans and their identity with Africa.  By inviting Rastafarians to King’s House to award them medals, and to eat and drink with the Governor General and high officials in the island, he paved the way for Rastafari to be recognized by Jamaican society.  Many Jamaicans embraced Rastafari because of his visit, which gave birth to a cultural revolution in the arts, the most famous being reggae music.

Ras Tafari Makonnen was crowned in 1930 as Emperor Haile Selassie 1, the King of Kings, Lion of Judah, and Defender of the Faith of the one of oldest Christian nations. The Emperor traces his roots to King Solomon and the Queen of Sheba, recorded in the Bible in 1 Kings 10.

The invasion of Ethiopia in 1936 by Italian fascist dictator Mussolini encouraged fellow fascist Hitler to start World War II. The Emperor’s army liberated Ethiopia in 1941 with help from the Allied forces. Thereafter, industry, education and development flourished, laying the foundation for the current Ethiopian economy, which is growing at around 10% per year, the fastest in Africa. The Emperor had a key role in establishing the United Nations, the Organisation of African Unity in 1963, in ending colonialism in Africa, resolving conflicts and promoting education and development in Africa.

Events commemorating the visit will be held across the island by the various Mansions of Rastafari, at which local and international visitors are expected. Public events at which Prince Ermias will officiate or attend include a motorcade from NMIA Kingston airport on April 21st at 1pm that stops at National Heroes Park at 2pm, retracing the route taken by the Emperor. On April 22nd, there will be a ceremony at Haile Selassie 1 High School at 1pm and a public lecture by Prince Ermias at the UWI Regional Headquarters at 6pm. He will attend the Ethiopian Orthodox Church Palm Sunday Service at 22 Maxfield Ave on April 24th from 8am-11am, and an exhibition on Rastafari at Sam Sharpe Square in Montego Bay at 5pm on April 24th.

Key events commemorating the 50th anniversary of the visit of Emperor Haile Selassie 1 to Jamaica.

These events are free and open to the public

Prince Ermias Sahle Selassie, will officially open the Web, Animation, E-Learning and Visualization (WAVE) Research Laboratory in the Department of Computing in the Faculty of Science and Technology at the Univ of the West Indies Mona on Friday April 22nd at 4:30pm. The media is invited.

The newly refurbished WAVE laboratory is the first in Jamaica to offer students and researchers a unique combination of augmented/virtual reality and 3D multimedia facilities for research projects in innovation, education, heritage and culture.

Due to space limitations, the public cannot be accommodated at the WAVE lab opening.

WE WILL BE ON THE ROAD!  ALL ROADS LEADS TO PINNACLE, ST. JAGO HEIGHTS TO WITNESS THE PRESENTATION BY THE HON.  MINISTER O. “BABSY” GRANGE

TO  ADDRESS THE HERITAGE SITE’S DECLARATION AND DEVELOPMENT. COME OUT AND WITNESS ANOTHER HISTORIC ACHIEVEMENT BY THE RASTAFARI MOVEMENT!

–       THE RASTAFARI GLOBAL SECRETARIAT – RMC-RGS-UK, RUF/SOUTH AFRICA WILL BE AT THE FUNCTION.

A celebration of the Rastafari contribution to the cultural arts tracing the Journey of the movement through culture will take place at the Institute of Jamaica Auditorium fon Sat April 23rd from 2-4pm.

The event will feature Rastafari traditional music, Jamaican Music arising from and inspired by the Rastafari movement, and a multimedia overview of the Rastafari contribution to the wider arts.  The event is free and open to the public. Details will follow.

The Bob Marley Museum will host Prince Ermias for a tour and reception on Sat, April 23rd from 5-7pm. This event is by invitation only.

THE ETHIO-AFRICA DIASPORA UNION MILLENNIUM COUNCIL
AND THE RASTAFARI COMMUNITY

THE DAY’S PROGRAMME WILL LOOK INTO THE GANJA BILL
AND THE GANJA INDUSTRY.

PRESENTATION FROM THE GANJA FUTURE GROWERS & PRODUCERS ASSOCIATION;
AND UPDATES FROM THE CANNABIS LICENSING AUTHORITY (CLA).

TOMORROW:
MONDAY APRIL 18TH,
AT THE TRENCH TOWN MULTI-PURPOSE CENTER
10 -18 FIFTH STREET @ 2:00 PM,
WILL FEATURE A SYMPOSIUM ON THE
NUTRACEUTICAL INDUSTRY IN JAMAICA!

COME AND LET ALL BE EDUCATED !!!

TERMS OF THE RASTAFARI TREATY ESTABLISHED BY D.A.R.C. AMERICAS The DARC Foundation seeks to facilitate a Treaty The DARC Fo...
Theme developed by TouchSize - Premium WordPress Themes and Websites