Residents of Dire Dawa observed the rains of fish in the town. According to sources, it was dust particles that was dropping in balls. Later the fish drop everywhere. The residents are familiar with such a rain since it rain in the past. 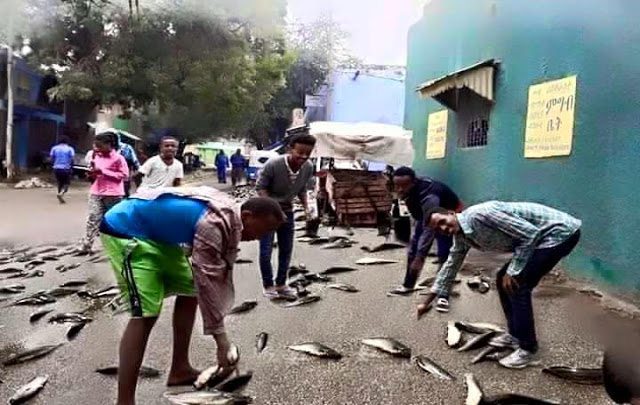 While asked his comments on the unusual incident Haromaya University Academician in the field of Meteorology and Climate Mr Efrem Mamo said such incidents are common in areas where ocean currents and winds are heavier than the usual. Mamo who said he had once heard similar thing happening in Hawasa about 10 years ago added, to have a clear view on today’s happening it will be necessary knowing recent day’s metrological data of Dire Dawa town.

Unusually, fish-rain occurred on Sunday at 11; 30 pm in Dire Dawa City Eastern part of Ethiopia for a few minutes both in rural and urban areas.

According to Dire Dawa Agriculture, Water, Mining and Energy Bureau Public Relations Officer Hadera Yesuf the fish rain happened in Dechatu and Finfinne or 05 and 06 kebeles of urban areas as well as Eyawale Woreda, Adada kebele in rural Dire Dawa. People in these areas were stunned by the occurrence to the extent of referring it a blessing from Almighty God, she said.