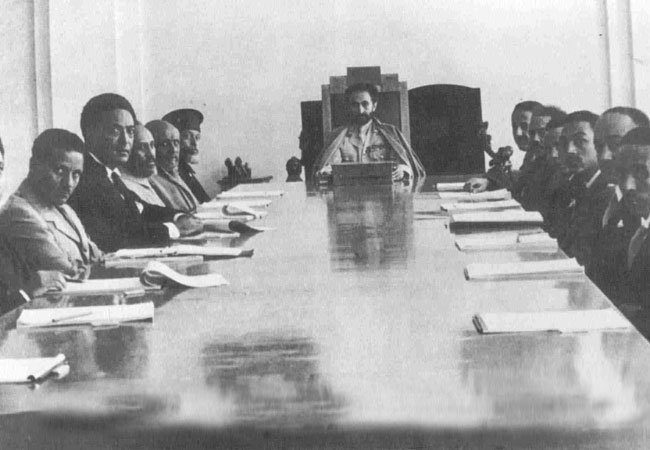 Great dynasties of the world: The Ethiopian Royal Family

The Ethiopian royal family base their right to rule on a dynastic line stretching back to King Solomon and the Queen of Sheba, though Bahru Zewde in A History of Modern Ethiopia: 1855-1974, says the association between Solomon – king of Israel, son of David, builder of the First Temple in Jerusalem, and husband of 700 wives and 300 concubines – and the Queen of Sheba, fabled monarch of the ancient kingdom of what is now Yemen, has “scarcely any scientific basis”.

Scientific basis or not, the story of Solomon and Sheba has given us the great legend of the Solomonic dynasty.

It begins around the 10th century BC. In the Bible, she arrives at the court of King Solomon to test his renowned wisdom with “hard questions”. So impressed is she with Solomon’s good judgment and justice that she gives him fine spices and gold, and in return, “King Solomon gave unto the queen of Sheba all her desire, whatsoever she asked, beside that which Solomon gave her of his royal bounty.”

In the 14th century Ethiopian compilation of legends, the Kebra Nagast (“The Glory of Kings”), Solomon’s granting of royal bounty to Sheba is interpreted to mean sexual relations. According to the Kebra Nagast, Sheba subsequently gave birth to a son who became Menelik, King of Axum. And if legend is to be believed, Menelik became the founder of the ruling Ethiopian dynasty.

Haile Selassie – born Tafari Mekonnen – became emperor in 1930. In Ethiopian tradition, succession to the throne could be claimed by any male blood relative of the emperor. Selassie claimed distant descent through his father. He believed he was called to be king. In his autobiography, My Life and Ethiopia’s Progress 1892-1937, written in Amharic, the official language of Ethiopia, Selassie set out his claim to nobility. “Thus We Ourselves, by virtue of Our descent from the Queen of Sheba and King Solomon, ever since We accepted in trust … first the regency of the Ethiopian realm and later the Imperial dignity, right up to the present, We have set out to the best of Our ability to improve, gradually, internal administration by introducing into the country western modes of civilisation through which Our people may attain a higher level; hence Our conscience does not rebuke Us.” He wrote the book while living in England, in Bath, in exile – Mussolini had invaded Ethiopia in 1935.

Haile Selassie’s reign is extraordinary for many reasons, not least because it was claimed during his lifetime that he was an incarnation of Jesus. He is worshipped to this day by Rastafarians, who take their name from “Ras”, meaning “head” or “duke”, and “Tafari”, being Selassie’s original family name.

Selassie’s reign is bookended by two great works exploring the meaning of royalty. In 1931, Evelyn Waugh published Remote People, an account of Selassie’s coronation. And in 1978 the Polish journalist Ryszard Kapuscinski published The Emperor: Downfall of an Autocrat, detailing the last days of his reign as “the whole court – though slowly and with dignity – was sliding toward the edge of the cliff”. Selassie was deposed in 1974. He died in prison, in mysterious circumstances, in 1975