Haile Selassie I – God of the Black race by BBC UK

Haile Selassie never regarded himself as God, nor did he adhere to Rastafari.  Rastafarians regard Haile Selassie I as God because Marcus Garvey’s prophecy – “Look to Africa where a black king shall be crowned, he shall be the Redeemer” – was swiftly followed by the ascension of Haile Selassie as Emperor of Ethiopia.

Haile Selassie I is regarded by Rastafarians as the God of the Black race. This is supported by the Rastafarian idea that God himself is black, a claim backed by this Biblical text:  For the hurt of the daughter of my people am I hurt; I am black; as astonishment hath taken hold of me. Jeremiah 8:21 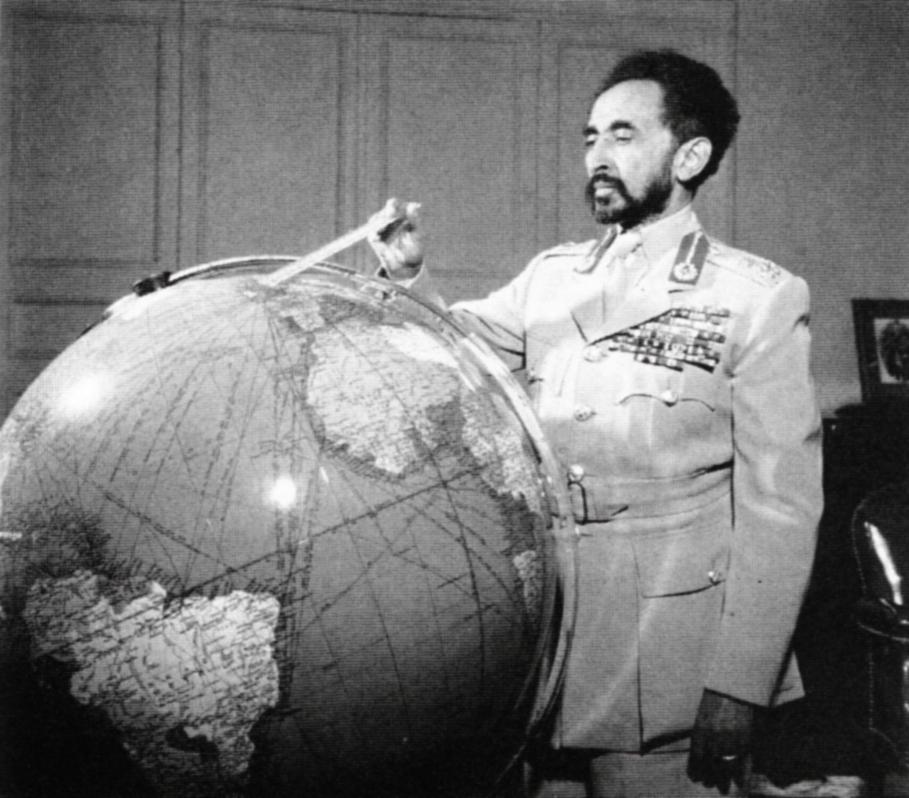 Justifications for the divinity of Haile Selassie

Rastafarians use Biblical names such as Lord of Lords, King of Kings and Conquering Lion of the tribe of Judah for Haile Selassie. These terms had been used throughout history to describe Ethiopian Emperors, but with the crowning of Haile Selassie I they were seen as evidence that supported his divine status.

When Haile Selassie I was crowned Emperor, the King of England, who at that time was regarded by many as the most powerful man in the world because of the size of the British Empire, was unable to attend. However, he sent the Duke of Gloucester to represent him.

The Duke of Gloucester bowed to Haile Selassie on meeting him. Many Rastafarians believe that this revealed that the new Ethiopian Emperor was more important than the most important man in the world.

Jamaica is hell; Ethiopia is heaven

Rastafarians regard ‘Ethiopia’ as their homeland and believe they will eventually return.

During periods of colonisation Africans were divided up and sent to destinations throughout the world, in most cases as slaves to whites. This is why many Africans found themselves in Jamaica and why it is regarded by many Rastafarians as hell.

‘Ethiopia’, the homeland, was seen as a place of fond memories of freedom and life prior to oppression. This meant it eventually became regarded as heaven. To develop this belief Rastafarians refer to Psalm 137 v. 1: By the Rivers of Babylon we sat down; there we wept when we remembered Zion.

Blacks believe that they will be repatriated to Ethiopia, where they will no longer be suppressed, and will live in freedom.

According to most Rastafarians this repatriation will be led by Haile Selassie. They believe their God will take charge and this will result in a joyous re-acquaintance with their homeland.

In practice, while many modern Rastafarians hold Africa in great admiration, they don’t want to live there, and are quite content living outside Africa