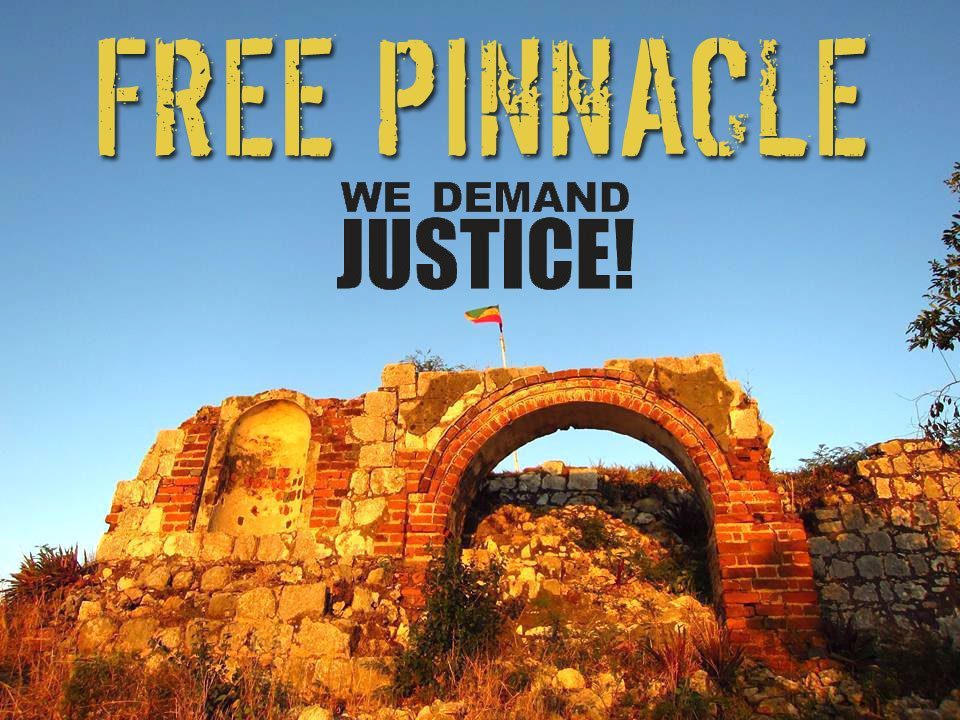 On This Day In History Rastafari Activists for Pinnacle Met With the Government Established “Pinnacle Committee” to discuss the way forward in the protection of Pinnacle as a Jamaican National Heritage Site. Below is the Minutes I, Ras Kahleb took as Secretary of the RYIC and which was published on the 7th of March 2014.

“MAN DESIRES MANY THINGS, BUT IT IS THE INDIVIDUAL’S DUTY AND RESPONSIBILITY TO DESIRE THE PROPER THINGS. A NOBLE FAILURE IS OF MORE VALUE THAN PETTY SUCCESS. ANYONE WHO MAKES THE WRONG CHOICES WILL BE A BURDEN, NOT ONLY TO HIMSELF BUT TO FUTURE GENERATIONS.”  “RESPONSIBILITY”   ~  NEGUS NEGAST HAILE SELASSIE I

Re: Meeting with the Rastafari Community and the Jamaican Government pertaining to Pinnacle.
Date: 4th of March 2014
Venue: Office of the Prime Minister

Mr. Ambassador, Burchell Whiteman, gave a brief update on the recent developments of the Pinnacle situation from the perspective of the Jamaican Government:

1). The Pinnacle portfolio has been transferred from the Ministry of Culture to the Ministry of Land, Water and Environment.
2). Since members of the Rastafari Community requested that the Jamaican Government acquire its Heritage lands at Pinnacle, the government deemed it necessary to designate the Ministry of Land with the Pinnacle portfolio because this is the only ministry through which the JA government can acquire land.
3). The JNHT will establish a team of researchers including archaeologists to lead an investigation into identifying Jamaica’s Heritage at Pinnacle.
4). The OPM has established a committee to deal with Rastafari issues outside of Pinnacle although there is an understanding that Pinnacle and the other issues are all connected.
Additionally, the Jamaican Government says it’s prepared to declare the other five lots of Heritage (previously earmarked by the then JLP Government in 2009) and will establish a body to formulate plans for the area.

In terms of ‘land acquisition’, the government says it is prepared to acquire all six lots declared as Jamaica’s Heritage.
Lisa Grant (JNHT) was designated with the responsibility of lasing on with Sis. Hodesh (LPHF), and the Howellites for the purpose of identifying other Heritage Sites at Pinnacle by next month.

Mr. Ambassador acclaimed that ‘new monuments’ or heritage are only to be declared by the government and will not be acquired unless there are further negotiations.
It was suggested that the Ministry of Health get involved because graves/bodies are being desecrated at Pinnacle and the blasting/dynamiting continues as a health hazard.

Attorney-at-Law Marcus Goffe was designated with the responsibility of leading an investigative research team into the succession of title holders/owners of the Pinnacle lands between 1932 to the present. (This research coupled with the archaeological research can also identify lands privately bought at Pinnacle from the St. Jago Hills Developers with Jamaica’s Heritage on them).

Dr. Barnett was designated with the responsibility of galvanizing the academicians at the UWI for the purpose of leading a research into the social/oral history of Pinnacle, and overall Rastafari atrocities.

Mr. Ambassador Whiteman asserted that the reparatory and restorative justice claims would be brought to higher authorities in his government. Whiteman further noted The Cabinet of the country is soon to discuss Rastafari reparatory justice.

Meeting sealed at 5:00 pm with the agreement that by next month another meeting will be convened by the government and those organs present would be contacted…Unto this day March 4 2015 there has not been another meeting …Selah