Ethiopia: The Time for Change is Now!

Last weekend on the eve of two large celebrations in Ethiopia—the Ethiopian New Year and the beginning of Eid al-Adha festivities—the Ethiopian authorities pardoned approximately 1,000 people, 135 of whom had been charged under the country’s draconian Anti-Terrorism Proclamation.  Amongst those released were leaders of theEthiopian Muslim community, who have been in jail since July 2012 when they were detained for protesting against governmental interference in religious affairs.1

While the release of these political prisoners is welcome, we must not be fooled by this supposedly “generous” act. The Ethiopian government frequently issues pardons at times of international scrutiny. Before President Obama’s trip to Ethiopia in July 2015, for instance, numerous high profile political prisoners were released, including Bekele Gerba,2 Reeyot Alemu, and several of the Zone 9 Bloggers. Pardons like these are strategic. They are meant to make the Ethiopian government look reasonable, with the hope that the international community will be pacified and look the other way.

But the abuses continue, and cannot be ignored.

Just two days after the pardons, it was reported that two more Ethiopian opposition members had been arrested. On September 3rd, at least 23 prisoners died “under disputed circumstances” when a fire broke out in Ethiopia’s notorious Kilinto jail. Those jailed at Kilinto include numerous Oromo protesters, former World Bank translator Omot Agwa, and prominent Oromo opposition politician, Bekele Gerba. Local news reports allege that prison guards opened fire on the detained during the fire.

And let us not forget the thousands that remain behind bars, having not been included in what appears to have been an arbitrary set of pardons. 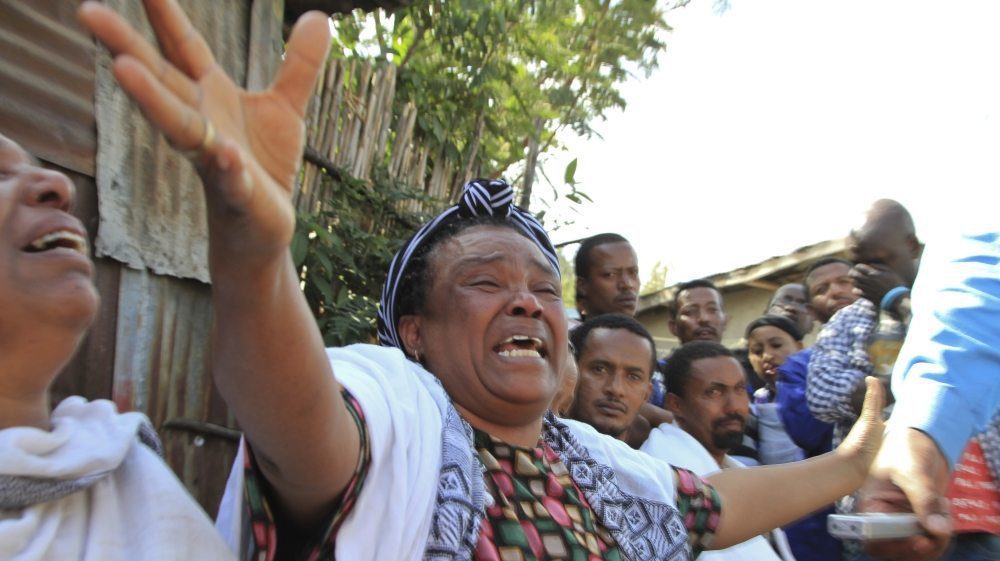 The Ethiopian government has good reason to worry about the growing dissent in the country. The past months have seen increased unity in the courageous fight for democracy and human rights. Community members engaged in the struggle told Oakland Institute staff “there will be no jubilation until all political prisoners, regardless of religious or ethnicity, are released.”

International pressure, too, has mounted. On September 12th, Rep. Chris Smith introduced House Resolution 861, entitled “Supporting human rights and encouraging inclusive governance in Ethiopia.” The bill recounts the many abuses taking place in Ethiopia – from the impact of the villagization program on the Anuak in Gambella, to the numerous unlawful arrests made under the Anti-Terrorism Proclamation; the crackdown on civil society organizations under the Charities and Societies Proclamation to the numerous extrajudicial killings that have taken place during this past year’s protests – and calls for strong action, both by the US and Ethiopian governments. One day later, the United Nations High Commissioner for Human Rights expressed deep concern in his opening remarks before the Human Rights Council regarding the “lethal use of force against protesters, enforced disappearances, and mass detentions” by Ethiopian forces. He reaffirmed his previous calls for an “independent, impartial, and international” investigation.

Solidarity actions are also taking root in the US. On Friday September 16th, the Oromo Renaissance Organization will hold a peaceful rally in Oakland to “denounce the deadly crackdown … on peaceful protesters in Oromia and other regions of the country.”3 Earlier this week, Olympic silver medalist Feyisa Lilesa held a high-profile press conference in Washington DC, bringing significant international media attention to the plight of not just the Oromo people, but those in Amhara and Gambella as well. Lilesa will hold another press conference on September 18th in Minneapolis, hosted by the Oromo Community of Minnesota.4

A Critical Moment for Ethiopia

This is a critical moment for Ethiopia. The US Government, United Nations leaders, and the international media are all paying attention to the abuses taking place, and finally giving these atrocities the attention they deserve. Now, more than ever, the international community needs to follow through on its responsibility. We must not accept the introduction of a bill or the pardoning of 1,000 as enough. Instead, we must continue to call for universal human rights, democracy, and justice across Ethiopia.

The time for change in Ethiopia is now!