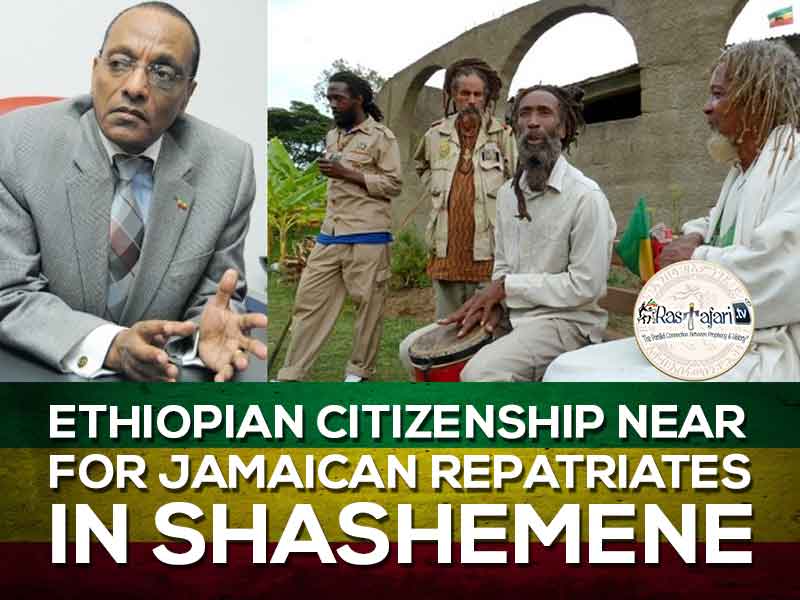 ETHIOPIAN ambassador to Jamaica, North America and Mexico, Girma Birru, says he is working with the Jamaican Government to sort out issues of citizenship for Jamaicans residing in Shashamane, Ethiopia.

Ambassador Birru, who is visiting Jamaica in recognition of Diplomatic Week, told the

Jamaica Observer during a visit to the newspaper on Tuesday that there are about 500 Jamaicans living in Shashamane.

“In Ethiopia there isn’t dual citizenship and some of the Jamaicans have been living there for the last 50, 60 years,” the ambassador shared. “There are roughly 500 Jamaicans living there.

“We are trying to work out a legal framework to provide them this type of residency, to allow them to keep their Jamaican citizenship,” Ambassador Birru continued. “At this stage, they are allowed to have their own identification card. That was the initiative Prime Minister [Andrew] Holness spoke to last year during his visit.”

At the same time, the ambassador said he is committed to maintaining the existing diplomatic ties between Ethiopia and Jamaica. While sharing that he is pleased with the relationship between both countries, Ambassador Birru said he is looking to build on this relationship by improving the areas of tourism, culture and sports.

“Ethiopia is good in long distance running, (Jamaica is) the best in short distance, so exchanging training would be beneficial for both sides,” he said. “Where tourism is concerned, you have quite a good amount of experience in this… we really want to get the tourism sector to assist in developing Ethiopia’s tourism sector, after the cooperation framework is approved,” he said.

Ambassador Birru was referring to a bilateral cooperation agreement Jamaica and Ethiopia signed to strengthen the areas of tourism, education, culture, sports, and air transport.

In the areas of culture and tourism, Ambassador Birru said he wants to see Jamaican music emphasised in Ethiopia, and, with the help of Jamaica, Ethiopia’s religion and historical tourism better marketed to the world.

“It’s the best thing you have in this country. Any place I can think of Ethiopia being loved (outside) of its own country is Jamaica,” he said.

He also shared that he was thankful to the Jamaican Government for their continued diplomatic support.