From Appearance to Identity: How Census Data Collection Changed Race in America

Must Watch/Share Video:  Census 2000 Racial Classifications – House Oversight Committee – 1997-07-25 – Product 88402-1-DVD – U.S. House of Representatives. House Committee on Government Reform and Oversight. Subcommittee on Government Management, Information and Technology. Subcommittee members heard testimony concerning the addition of a multiracial ethnic category to the 2000 census. Members of Congress, Census Bureau officials, civil rights advocates and others testified about the positive and negative impacts of such a change. Recently, an OMB task force recommended changes to federal government ethnic classifications to reflect the growing number of multiracial individuals. Filmed by C-SPAN. Non-commercial use only. For more information, seehttps://www.c-spanvideo.org/program/88…

What happens when you let everyone self-identify?

Publicizing the release of the 1940 U.S. census data, LIFE magazine released photographs of census enumerators collecting data from household members. Yep, census enumerators. For almost 200 years the U.S. counted people and recorded information about them in person by sending out a representative of the U.S. government to evaluate them directly.

By 1970 the government was collecting census data by mail-in survey. The shift to a survey had dramatic effects on at least one census category: race. 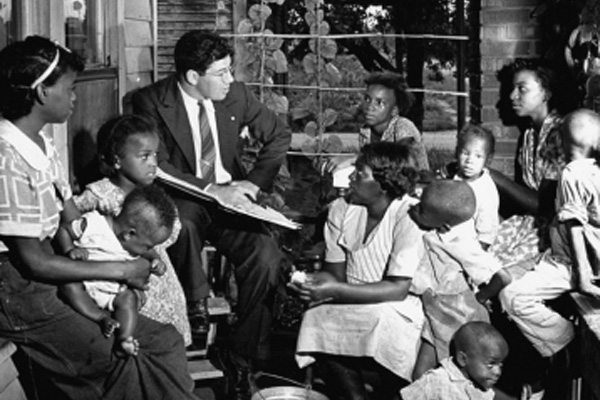 Before the shift, census enumerators categorized people into racial groups based on their appearance. They did not ask respondents how they characterized themselves. Instead, they made a judgment call, drawing on explicit instructions given to the census takers.

On a mail-in survey, however, the individual self-identified. They got to tell the government what race they were instead of letting the government decide. There were at least two striking shifts as a result of this change:

I like this story. Switching from enumerators to surveys meant literally shifting our definition of what race is from a matter of appearance to a matter of identity. And it wasn’t a strategic or philosophical decision.

Instead, the very demographics of the population underwent a fundamental unsettling because of the logistical difficulties in collecting information from a large number of people. Nevertheless, this change would have a profound impact on who we think Americans are, what research about race finds, and how we think about race today.

See also the “U.S. Census and the Social Construction of Race” and “Race and Censuses From Around the World.” To look at the questionnaires and their instructions for any decade, visit theMinnesota Population Center.