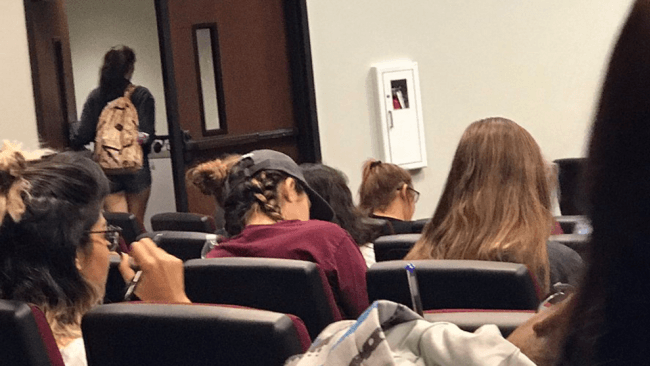 Whites walk out when professor informs all humans descend from Africa

White students began walking out of Dr. R. Jon McGee’s Cultural Anthropology class at Texas State University when the professor informed them the lecture on race after the professor spoke about the Black Lives Matter movement and asserted that humanity descended from East Africa.

Justine Lundy said that the professor started out the lecture by saying it would be about race. McGee spoke about the Black Lives Matter movement and asserted that human life began in east Africa.

“It was dead silent,” Lundy recalled.

“A lot of people left,” said Karene Taylor, 19. “It was embarrassing.”

Lundy maintained that “[McGee] wasn’t picking sides or anything — he kept reiterating that” but said that the claim that everyone was of African descent was “the straw that broke the camel’s back.”

A few of the students who were offended didn’t leave but tried to argue the point.

As for McGee, he said that he didn’t see any dissent himself, but the class is large, so “it is possible that someone didn’t like the topic and walked out.”