It was not too long ago that people from France, Belgium, Germany, and other countries came to visit humans who were locked up in cages. In these zoos, humans were on exhibit in front of a large audience, locked in with animals at a local zoo.

Hundreds of thousands of people would visit these minorities who were on display like animals. The humans zoos were a large attraction, as 18 million came to visit the World Fair in 1889, held in Paris. Over four hundred Aboriginals and Africans were displayed in front of a large crowed of people, stripped down half-naked and thrown into cages. 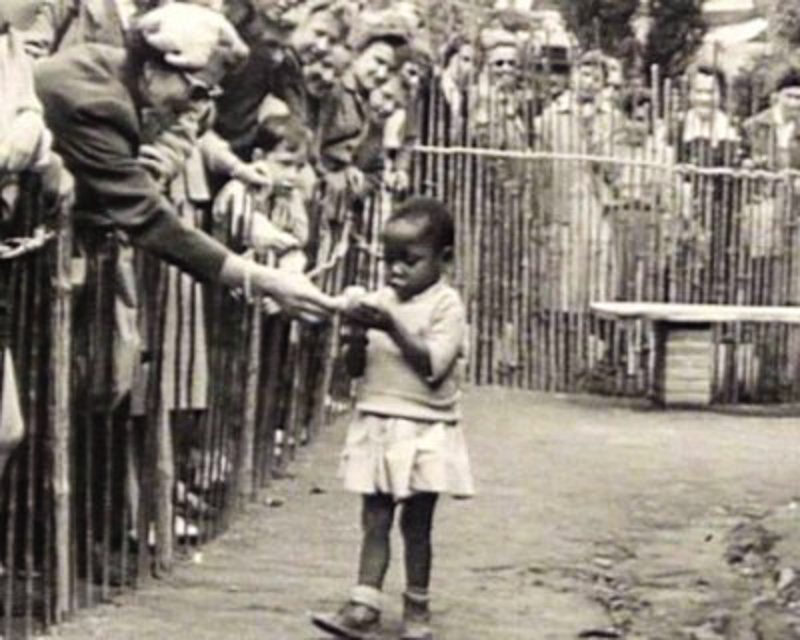 Humans zoos were very popular in Europe during the late 1800s until the mid 1900s. North America was not to be outdone, though, as they also got into the human zoo game.

In the early 1900s, the Bronx Zoo had an exclusive exhibit with a Congolese female named Ota Benga. Benga was thrown into cages with other animals, forced to carry apes and even wrestled with an orangutang. When he wasn’t with the animals, he would weave twine and shoot things with a bow and arrow.

Above: A Congolese pygmy named Ota Benga was on display at the Bronx Zoo in New York City in 1906. He was forced to carry around chimpanzees and other apes.

There was significant controversy from black clergymen about how Benga was treated as well as the rest of the Africans in the zoo. However, the New York Times reported at the time, “few expressed audible objection to the sight of a human being in a cage with monkeys as companions.”

Although people didn’t strongly oppose the human zoos in the 1900s, today, the public is flabbergasted that any person in their right mind could take part in such horrifying racism. A human exhibit was replicated in London with black actors who were chained up, which was shut down shortly after opening by anti-racism protestors.

Luckily, human zoos started to wear off in Europe after the Second World War. Ironically, Adolf Hitler was the one to ban them. The last human exhibition was held in Belgium circa 1958.

Unfortunately, human zoos are yet another uncomfortable example of the world’s flawed past of racism and what’s worse is they happen to be a part of our recent history. Racism has come a long way since the 1800s, but it still occurs today. These wildly flawed incidents of the past are horrific, but should not be forgotten. Along with paying homage to those who suffered, acknowledging these acute examples of racism in our past often reflects the issues of today that will undoubtedly shock and appalled generations to come.

A mother and her child are being displayed at a “Negro Village” in Germany. This exhibit was known to be very popular and was even visited by Otto von Bismarck.

Africans, Asians, and Indigenous people were often caged and displayed in a makeshift “natural habitat.” The human displays were very popular and were shown at world fairs from Paris to New York.

At the 1931 Paris World Fair, this exhibit was so successful that it drew 34 million visitors.

Pygmies were forced to dance during numerous world exhibitions to entertain visitors to the zoos.

Indigenous people are shown participating in archery in 1904 in St Louis at an event whites organized called the “Savage Olympics Exhibition.”

These women were recruited to work in a Paris zoo because of a genetic characteristic known as steatopygia – protuberant buttocks and elongated labia. Whites went to the zoo to stare at their curves.