The opposite of Brexit: African Union launches an all-Africa passport

The African Union will launch an a single, common electronic passport throughout the continent in the upcoming AU Summit scheduled in July in Kigali, Rwanda.   Is the world witnessing the makings of the United States of Africa?  The African Union has taken a step toward integration of the continent.  CCTV’S Girum Chala has been speaking to officials behind the ambitious project and now reports.

This flagship project, first agreed upon in 2014 aims at facilitating free movement of persons, goods and services around the continent. The 54-member body wants to allow free movement across national borders in Africa, creating “seamless borders” similar to the EU Schengen free movement deal, as The Independent reported. The AU plans to have visa-free travel for Africans visiting African countries by 2020, and will enact a free-trade agreement by next year. 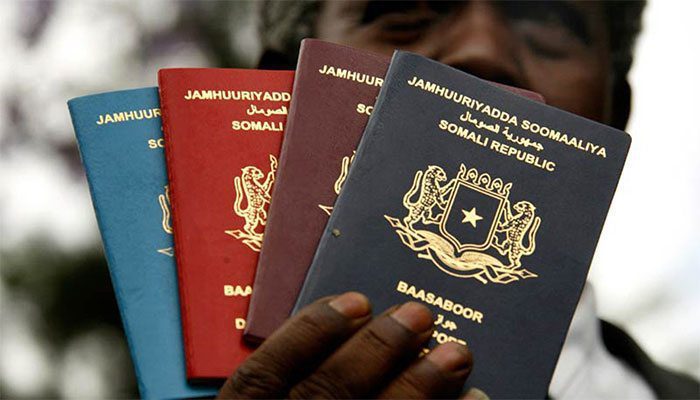 On June 13, two weeks before the United Kingdom voted to leave the European Union, the African Union announced a new “single African passport.” The lead-up discussion was much like the original debate on the European Economic Community, the E.U.’s predecessor. African passport proponents say it will boost the continent’s socioeconomic development because it will reduce trade barriers and allow people, ideas, goods, services and capital to flow more freely across borders.

But now the A.U. faces the challenge of making sure the “e-Passport” lives up to its potential – and doesn’t fulfill detractors’ fears of heightened terrorism, smuggling and illegal immigration.

The e-Passport is an electronic document that permits any A.U. passport holder to enter any of the 54 A.U. member states, without requiring a visa. It will be unveiled this month during the next A.U. Summit in Kigali, Rwanda. Initially, the e-Passport will only be available to A.U. heads of state, foreign ministers and permanent representatives based in the A.U.’s headquarters in Addis Ababa, . The plan is to roll it out to all A.U. citizens by 2018.

The electronic passport initiative grows out of the A.U.’s Agenda 2063, a plan to mobilize Africa’s vast resources to strengthen the region’s self-reliance, global economic power and solidarity.

Why is the single African passport important?

The e-Passport is a step toward eliminating borders on the continent, aiming to enable deeper integration, increased trade and further development. Just as important, the passport is a powerful symbol of unity across Africa – and simultaneously a step toward connecting African countries economically and politically.

An A.U. passport represents the latest effort to create a common market spanning the continent, much like that in the E.U. Such efforts date back to 1963 with the creation of the Organization of African Unity. Pan-Africanists celebrating the demise of the colonial state and hailing a United States of Africa designed the O.A.U. to unite Africans and dissolve the borders between them.
Essentially, the O.A.U. sought to raise living standards by supporting leaders of anti-colonial struggles in their roles as heads of new states. In its quest to make the transition to independence as smooth as possible, the organization at times defended national sovereignty to a fault. For example, the decision to respect arbitrary colonial borders had far-reaching consequences, including numerous identity-based conflicts.

Moving away from the O.A.U.’s state-centric approach, the A.U. attempts to balance “the principle of sovereignty with the need to accelerate political rights and socio-economic growth and cooperation,” according to Matebe Chisiza, visiting scholar at the South African Institute of International Affairs. For example, the A.U. suspended 12 member states after “unconstitutional changes in government,” including Libya, Central African Republic, Egypt and Burkina Faso.

None of Africa’s regional organizations have yet been able to create a common market. This vivid dream has endured despite the enormous political and logistical challenges it would entail. Deeper economic integration is seen by many, including the World Bank, as the road to prosperity and stability. In fact, the A.U. is guided by this premise.

Opponents of the passport are concerned about a range of security risks. Detractors argue that visa-free travel would make it easier for terrorists to move within and between countries. Human traffickers and drug smugglers could take advantage of the new system. Disease and other public health crises could spread more rapidly in a borderless Africa. As has happened in Europe, an e-Passport may intensify competition for jobs and public services, leading to more xenophobic political rhetoric and attacks. Migration is already a contentious issue, as shown by deadly anti-immigrant riots in South Africa and Zambia and heated debates over refugees in Kenya.

Many elites favor the unrestricted movement of persons, goods and services. But if the effort is mishandled, such free travel may simply reproduce social inequalities — helping the well-off become richer and leaving behind the poor. We can see that already in the fact that only certain individuals will have the passport at first, which creates a hierarchy of citizens, only some of whom can travel freely.

Moreover, Bronwen Manby’s report for the Open Society Foundations describes how passports can become tools for repressive regimes to silence their critics. In 2007 alone Chad, Djibouti, Eritrea, Sudan and Zimbabwe denied or confiscated passports for a variety of opponents, including “from individual trade unionists, human rights activists, opposition politicians, or minority religious groups.” Fortunately, Kenya, Uganda, Nigeria and Zambia have taken steps to put into law the principle that every individual has a right to a passport — even if the principle is upheld irregularly in practice.

The African Union can learn from the E.U.’s example

The E.U. offers a model that the A.U. can use to study both the progress and pitfalls of regional integration: managing a common currency, balancing economies of vastly different sizes and structures, and building solidarity within and across culturally diverse nations.

Brexit is a reminder of the challenges inherent in a shared political and economic space. The debates over debt, immigration and national identity that led to Brexit would only be magnified in Africa under the weight of industrializing economies, significant barriers to access in education and health care and ongoing conflicts over resources and identity.

An African passport is an exciting development that can spur growth and improve living standards. To capitalize on this potential, the A.U. needs to plan two steps ahead. Crafting thoughtful regulations will be essential to ensuring the e-Passport’s economic promise is genuinely available to everyone and not subject to abuse.

For example, integration needs to benefit the strong and the weak, the rich and the poor, with both productivity and industrial capacity increasing in tandem. When some countries deindustrialize at the same time that others expand their markets, the stragglers strain the common pool and fall into crisis.

Further, governments need to fight against a race to the bottom in which commerce follows the path of least restrictions. This point is especially important considering that demos-centered Pan-Africanism underpins the A.U.’s mission.

And implementation plans must address practical obstacles that prevent many Africans from obtaining basic identity documentation, such as weak civil registration systems, slow and costly bureaucratic procedures, and corruption. According to the World Bank, 37 percent of people in Sub-Saharan Africa do not have legal identification, a prerequisite for obtaining a passport.

In short, the path forward is to ensure fairness in integration. When the system rewards the few on the backs of the many, solidarity wanes and the unification project suffers.