Full title reads: “France – The 16 year-old Crown Prince of Ethiopia – descendant of unbroken line of Kings for 3,000 years – impresses all – with the dignity & composure of one twice his years, during his first sightseeing tour of French capital.”

Crown Prince of Ethiopia gets out of car and walks towards building, a priest stands in the foreground, ready to greet him. Prince leaving building through large door of Notre Dame Cathedral. He is followed by a large group of people. He raises his hat and shakes hands with a priest. 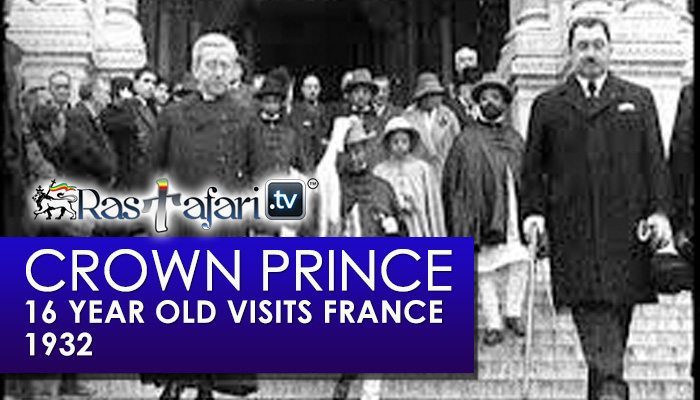 There appears to have been a shorter, silent version of this item in Gazette 1884. This is currently missing. Ethiopia was also known as Abyssinia.
FILM ID:645.15