St. Vincent Taking the Lead in Push for Slavery Reparations

Spread the love
Dr. Ralph Gonsalves has been leading the charge for reparations in the Caribbean, citing African slavery and genocide. 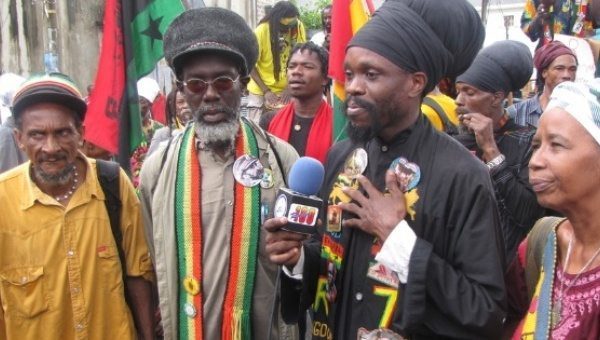 He says genocide and enslavement have caused a legacy of underdevelopment in the Caribbean and that reparations are a must.

“Underdevelopment in respect to education, health, housing, living standards, infrastructure, the question of psychological damage, the breakup of family life — the social and economic and governance consequences have been horrendous,” he said. “The European nations have to work with us and that’s what we’re demanding, that they repair the legacy of underdevelopment.”

“In the case of St. Vincent and the Grenadines, in 1773, when the British assumed sovereignty of our country, there were 9,000 indigenous persons. The Kalinagos, the so-called ‘yellow Caribs’ and the Garifuna, the so-called ‘black Caribs.’ The British fought them for their lands and over a period of 30-odd years, decimated the population to less than 50 percent. of the original number,” he said.

He said this is not a demand for money to be parcelled out individually by European governments to present day descendants of native peoples or African slaves. He says it is a question of repairing the damage caused by genocide and slavery.

The 15-member Caribbean Community (CARICOM) has established the CARICOM Reparations Commission to explore the issue. It is led by Barbadian academic and historian Sir Hilary Beckles.

CARICOM’s Reparations Commission has hammered out a 10-point plan on reparatory justice. Items on that plan include a demand for a full, formal apology, reparations, an Indigenous Peoples Development Plan, a cultural institution and psychological rehabilitation.