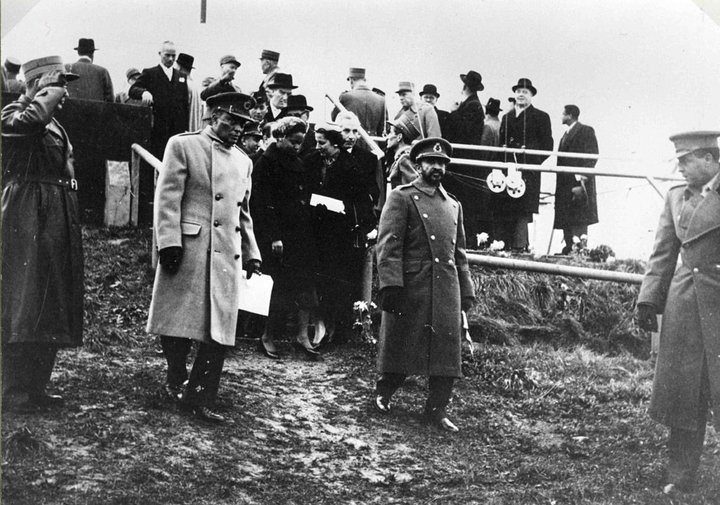 Throughout history it has been the inaction of those who could have acted, the indifference of those who should have known better, the silence of the voice of justice when it mattered most, that has made it possible for evil to triumph.

The glorious pages of human history have been written only in those moments when men have been able to act in concert to prevent impending tragedies. By the actions you take you can also illuminate the pages of history.

When you make man rich in the honours of this world and appoint him above other creatures, that it be known that it is not for his merit but only through your benevolence and generosity, Since no creature created in Your image and to Your pattern gives up hope that everything he begs of You will be done for him until the day You sever his soul from his body, we beseech You that Ethiopia should not remain with her freedom extinct and prostrate under an alien ruler, so that the mouth of her people be silenced for fear of a foreign governor, but rather, that You will save them by Your deeds of kindness lest they remain with their hearts oppressed through being deprived of their own Ethiopian ruler who was leading them towards civilization under a light yoke and with gladness. O Lord, abode of exiles, light of the blind, truth and justice are Your thrones. Receive us who have been exiled for our freedom’s sake, who have had to leave our country on account of violent assault, In praying to You thus, it is not for our righteousness but for Your great mercies.

Technical and scientific advances have combined to raise mankind to a level of material achievement never before realized.

A house built on granite and strong foundations, not even the onslaught of pouring rain, gushing torrents and strong winds will be able to pull down. Some people have written the story of my life representing as truth what in fact derives from ignorance, error or envy; but they cannot shake the truth from its place, even if they attempt to make others believe it.

Sports being the symbol of fraternity and team work there can be no doubt of its utility or of the sound virtues which it develops.

Unemployment is harmful – it harms and damages the unemployed himself, his nation and his country. Employers should strive to create more jobs. Workers should attend to their work with diligence and vigour. These twin attributes are the cornerstones for progress.

I know of the love which the Jamaican people entertain for the people of Ethiopia and the welcome which you have given me this day is evidence of it.

I know that the Jamaican people were very sympathetic when Ethiopia was occupied during the fascist regime. During that time, Jamaicans as well as others who had African blood supported the Ethiopian Liberation Movement.

And now that we are free we must assume the responsibility to work for the greater unity of all peoples of African origin.

It is quite true that a country can achieve material progress alone. However, we know from the experiences of the past that international cooperation tends to quicken the pace for progress of individual countries.

This is again another area for us to think about and see in what way we can further expand the relations of the people of Jamaica and Ethiopia.

From another fundamental point of view, this is precisely why the O.A.U. has been established. It is because the African continent, which comprises more than 250 million people, if it were to remain divided among more than 30 states, their individual voices would not carry weight. It is precisely why, since there is an identity of interest, we have attempted to include Jamaica.

Also, so that we can carry this weight in the councils of nations, and also through the process of cooperation and expanded economic relations we might be in a position to quicken the pace of development of the individual member countries of the O.A.U.