Loading posts...
Home History: Our Roots & Culture The Solomonic Kings who ruled Ethiopia for 3000 BC without break 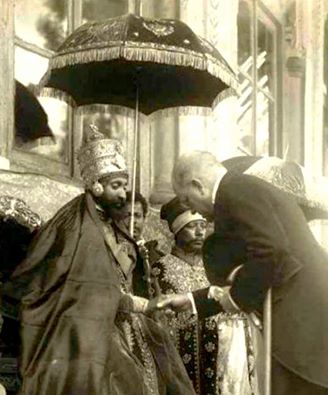 The Solomonic Kings who ruled Ethiopia for 3000 BC without break

The Kings who ruled Ethiopia for 3000 BC without break except for a few years were from the dynasty of King Solomon and Queen of Makeda-Sheba. The first one in this dynasty was Menelik I. A total of two hundred and thirty seven descendants of the Queen of Saba and King Solomon beginning with Menelik I are believed to have ruled Ethiopia. The last and longest reigning of the Davidic/Solomonic Kings was Emperor Haile Selassie The 1st, the 237th Emperor of Ethiopia.