Rastafari and the fight to end Geo-Engineering/Weather Weapons

We as Rastafari need to unite for various reasons. We must Unite with our communities to address a subject that effects us all, that is GEO-ENGINEERING, poison aerosol that is being inhaled and going into our blood stream for the purpose of depopulation. The weather modification programs that media and many others are afraid to talk about, is the single most important issue of our time. 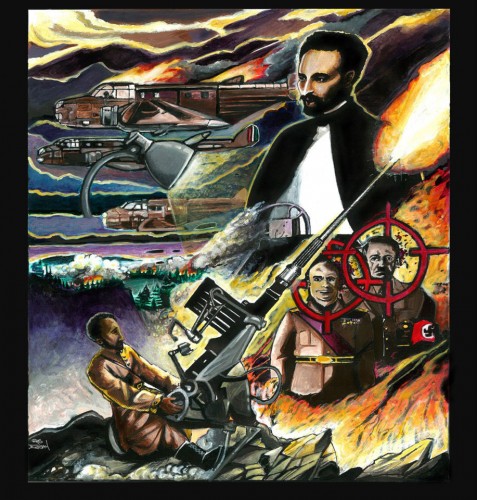 Being in Puerto Rico and seeing how extreme experiments have been done on the people and land, and what are in the works currently, revealed a bigger picture of a global assault on humanity and the environment. Coming out of New Mexico we saw massive spraying done that had a strong effect on the people and is increasing the forest fires across the south west. These chemicals being dropped are flammable and are being released across the Earth and Oceans. They absorb water and are the real reason behind many of the global droughts, floods and fires. This is a well researched topic that many of us have been reasoning on for years. it is up to us to reflect on why we are here and learn as much as possible about how GEO-ENGINEERING is destroying the Earth and part of a bigger plan. We have many issues in the World, and when it comes down a the White Supremacist agenda and depopulation plans, Weather/Climate control is their main weapon. 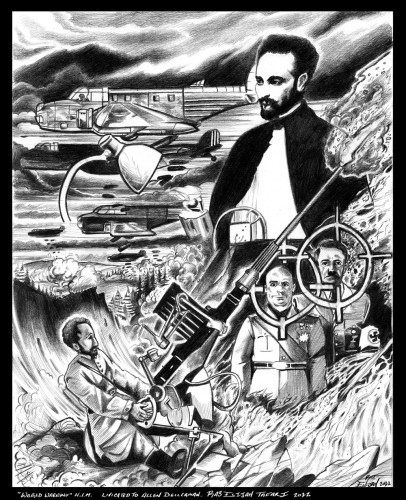 We as Rastafari are blessed because Our Culture includes many subjects that build the importance of sustainability and justice. It is the Hall Mark of His Imperial Majesty, The victory of a people versus a European Empire with supreme weapons and technology lowering themselves to fight with poison gas to their own shame. He has shown us personally that we can over come chemical attacks through collective security and maintenance of faith and nationalism. Human Rights as well as the Environment is something that All Rastafari should defend, most know the importance of farming organically and being farmers, but with skies looking the way it does, what will we do?

Where weather weapons are causing turmoil like drought and fires in California, many have had to leave, This experiment, US/UK/Canadian Governments will tell you, is in the name of combating Global Warming, this is a front. It is like most of the things the governments of the world tell us, not true and a con in order to trick us into accepting their solutions which are at the expense of human/animal and ocean life. As well as something that the elite can get rich off of and control/tax the masses thinking that this is for their protection. It seems that we are in a terrible age of deception and media propaganda. What is clear is in front of our faces, that they are spraying the people with large amounts of poisonous particles without a debate, research, public insight or oversight. That we are more than guinea pigs in a test-tube, they know this spray is dangerous and hope we die. Many Rastafari know this and some are active in the fight. Already starting is the organization of Rastafari and all other groups fighting Weather weapons and Climate Control/ Geo-engineering/the fascists that operate it. We will be encouraging others to reach out and get educated so we can educate others and share solutions of what to do about it. 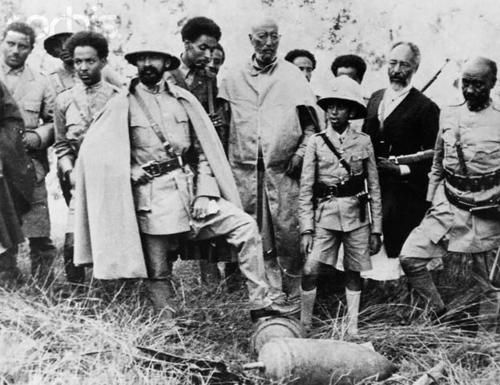 We as Rastafari have a duty to see that Africa and the Earth are being assaulted by outside forces that have clearly no morals and threaten life itself. We as a people already aware have seen His Imperial Majesty show the way to step on their bombs and overcome. It is a serious time where what we want is not important, what we need is. Make time to think and meditate on what we can do as a children of the King to create a more Just world, and to save humanity itself. As children of Jah, we also have the duty to work with those of other faiths to ask them to join in a spiritual battle, summoning the courage to be unafraid and confront the devils spraying us. It is the same test that Christians all over had to take when they saw the Vatican and pope bless bombs to be dropped on other Christians, just because they were free and black. People every where need to ask what kind of person are we and what kind of Christian are they. We have seen as people of color white supremacy take on many cloaks, often that of Church and now Science. We have been diverted by the media and politicians so that we do not see the real Elephant in the sky. Let us remind and renew the Law of Jah, including that of gravity, and bring them down. Start locally with people who care and want to learn and help, lets be inventive and unify with each other. There are many good groups to keep up with and share knowledge. One of them is https://www.geoengineeringwatch.org/

We have already started to join with Rastafari in various states in the USA in the fight against Geo-engineering, InI would love is to hear from Rastafari and all/any others from across the Earth. We want to hear from Latin America about efforts and thoughts of how we will slew this dragon above our heads. 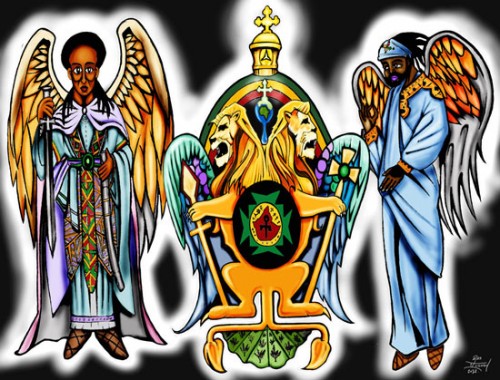 This message has been focused on the Rastafari Communities world wide because we are a unique people that is built on Liberation struggles and victories. We are every where and have brilliant minds in our midst, many of us are very good with media, leadership and history. Let us apply these and other talents for the benefit of all Life to simply continue. We are a people familiar with being set apart and mis-understood, I will tell you there are more of us than we would imagine. In truth we speak for many who have not found their voice yet. Together let Us join the greatest battle mankind has ever faced, confident in the teachings of The Conquering Lion of Judah and the example of Christ to stop Geo-engineering / weather weapons.