Many knew about the rumours of 2012 and it’s association with the end of the world. Some say the Mayan’s calendar ended at 2012  others say the world will continue for another 7,000 years. Nostradamus has also been assoaciated with the 2012 predications. By looking at the meaning of the word Maya “the illusion or appearance of the phenomenal world”.This fulfills “But the natural man receiveth not the things of the Spirit of God: for they are foolishness unto him: neither can he know them, because they are spiritually discerned”. By looking at the life and disappearance of the Emperor Qedamawi Haile Selassie and connecting that to the third verse of the sixth chapter of Genesis “My spirit shall not always strive with man, for that he also is flesh: yet his days shall be an hundred and twenty years”. I felt many people of faith specifically RasTafari would be swept away by the worldy distractions, temptations or tribulations. I felt this because it is written my spirit shall not strive with man forever because he is flesh. Meaning just like in the times of Noah, the natural aspect of life outweighed the spiritual. This verse links in with RasTafari as 120 years  after His Imperial Majesty  birth in 1892; was the year 2012. 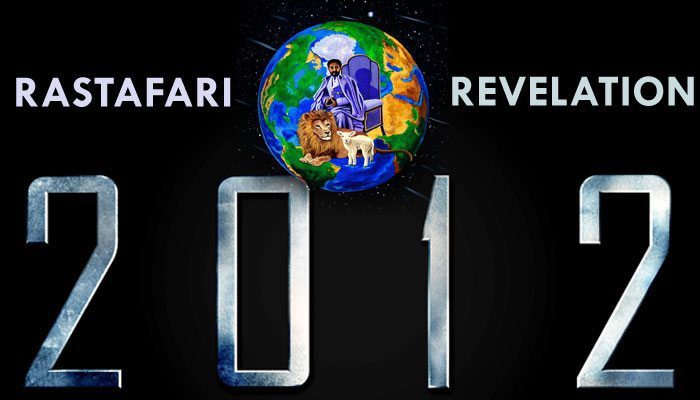 Some have been taken due to the want of acceptance [Luke 14:26]. They know the reality of the saying ‘many are called but few are chosen’ and just want to be counted with the many lost. Some due to economic pressure Matthew 16:26. They know we should be blessed and should not want or be in need. They therefore may try to gain those things by any means neccesary although the Almighty wants our obedience. So we can glorify Him once we have been crowned with such a blessing. Others because of lack of self discpline [Matthew 5:48]. Clean water must be poured in a clean glass. This is one of the factors which makes it hard for us at times to comprehend truth [Matthew 13:19]. Prayer and step by step improvements are a good remedy for this.

Our faith like the other Abrahamic faiths is not a faith governed by emotions like the New Age movement which teaches do thy will and do what makes you happy. Such teachings  will cultivate a selfish mentatilty no longer God centered but self centred. Ofcorse we know that the righteous will be blessed for standing firm and building themselves upon the Rock. Each day growing a bit more in Christ stature, learning, making mistakes, achievements, inspiration. All these things help to blossom the nature of the followers in truth [Revelations 3:8-12].

One of the devil’s strategy is to tarnish the image of truth and those who hold that image because the deciever knows that truth needs no belief. It is self existenting. Although truth is self existenting we live for truth because it sets us free. It is like being overweight and losing it all very quickly. You can not imagine how different the postive alternative is until you experience it.

We can not be divided by scrutinizing each ones level of faith, knowledge or revelation about the blessed Rastafari faith. But we must all unite by following His teachings. At the same time it is vital for us to be aware of each ones convictions because through our ideas, finding and cementing our commonalities, we can move mountations.  Woe to us who have become dis united because of fear, envy or lack of paying attention. Hail up those who are overcoming and praising their Creator continuously!!

Lonnie-Liston's Ethiopian Tewahido baptismal name Aklila Kedan. Began his conscious journey into Rastafari from the age of 15. His close friends also became conscious of the movement. He and his brother launched a Youtube channel called Vision, where his brother would record Rastafari artist and all artist with a righteous message. Aklila Kedan known at that time as Certz was one of the conscious artists. He then began to study Music Industry Management in the University of East London as he was familiar with the creative aspect of music and wanted to learn about the business aspect. He then began working in various sales and marketing jobs, a team leader for charities and a telecoms engineer. He is now focused on directly spreading the truth of Rastafari as an author of the book Paraellel to ultimately bring independence both spiritually and economically. Website: https://www.amazon.co.uk/Parallel-Aklila-Kedan/dp/1511410949