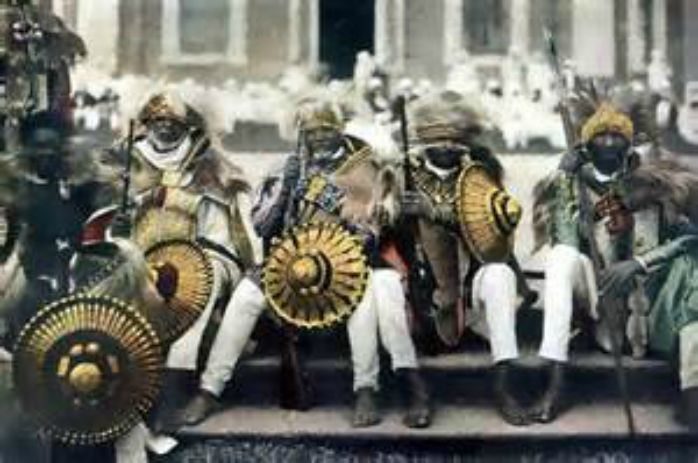 “More the 700 guests and officials are in attendance on November 2, 1930, to witness this ancient Hebraic-Christian coronation ceremony. Lion-maned chieftains are interspersed among the foreign guests and dignitaries, each according to rank and station. Hundreds of priests join the original group, resplendent in their colorful ceremonial robes, bearing crosses and censers. Before the royal ritual begins, His Majesty is approached by the Archbishop, His Holiness Abuna Kyrillos, with a Holy Bible bound in gold, and is asked to pledge the following four-part oath:

“To strengthen and defend the orthodox faith, and to keep, without disturbance, the laws and ordinances which the Orthodox Church has laid down “To act with consideration for the interests of the people according to law as well as with kindness and patience “To safeguard the entire Ethiopian realm and people in accordance with the established law and the ordinances of the Council “To assist with the establishment of schools in Ethiopia where secular and spiritual education would be developed and the gospels would be preached” The Emperor then affirms verbally and in writing that He is willing to fulfill His duties as ruler.”

“Next, the Abuna recites the prayer of the covenant, after which the choir with the drum and harp accompaniment chants the 48th Psalm. During this Interval, abbots from various monasteries bring the royal articles one by one, hand them to the six bishops, who were assigned by the Archbishop to the coronation service, and the bishops in turn pass the articles to the Abuna to be blessed. The objects are returned to the respective bishops who then present them to His Imperial Majesty, reciting appropriate lines. With each of the seven ornaments, His Imperial Majesty is anointed on the head, brow, and shoulders with seven differently scented ointments of ancient prescription. He is first vested with a gold sword along with this exhortation: “May you be enabled with this sword to punish the wicked and protect the righteous.”