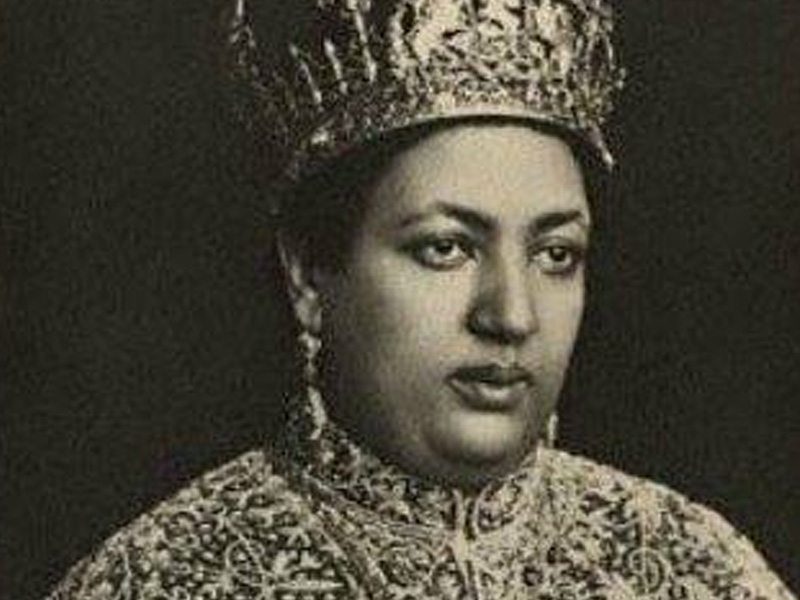 “Empress Menen was born in, (Megabit 25 = April 3rd) 1883 in Wollo province Ambassel Region at ‘Egua’ area from her father ‘Jantirar’ Asfaw and her Mother ‘Woizero’ Sehin Michael.She was baptized in St Delba George Church. Her Christian name was ‘Wolete Giorgis’.

The name ‘Menen’ means the most beautiful respected of ladies. “Princess ‘Woizero’ was raised well be her parents.  She was instructed at home like the former Lords’ and Dukes’ sons and daughters. Empress Menen knew her native language Amharic welll, also reading & writing skills

Her Amharic teachers were Maduna and Father Workineh. Beyond academic education she has learnt home economics & spinning as Ethiopian tradition.Since she has the best knowledge of house hold management people called her the head of women. Empress Menen is charming lady and no one can compete with her.

In 1892 she married legally and born 2 daughters and 2 sons. These are “Woizero’ Belaynesh, “Jantiror Asfaw, “Jantirar’ Gebre Egziabher and “Woizero’ Desta. In Nov. 5 1903 she started journey from Dessie and reached Nov. 25, 1903 in Addis Ababa. In the same year in June the then “Dejazmach Teferi” now Majesty Emperor Haile Sellassie 1st King of Kings of Ethiopia married her.

September 11, 2016 is Ethiopian New Year, Meskaram 1, 2009 in Ethiopia.  If you travel to Ethiopia, you will be 8 years younger be...
Theme developed by TouchSize - Premium WordPress Themes and Websites