Loading posts...
Home History: Our Roots & Culture Queen Makeda -The True Name of the Ethiopian Queen, the Wife of King Solomon Of Judea
Spread the love

Queen Makeda -The True Name of the Ethiopian Queen, the Wife of King Solomon Of Judea

“I am black but lovely, O daughters of Jerusalem,
Like the tents of Kedar, Like the curtains of Solomon.” 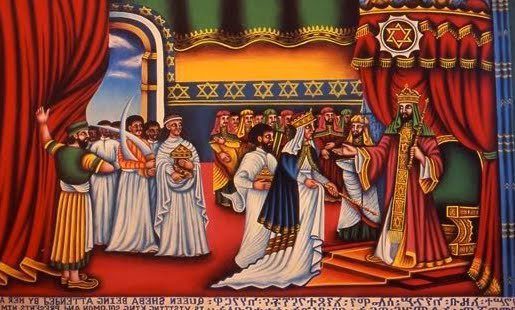 In 960 B.C., the nation that is now called Ethiopia, came back upon the center of the stage of history. Ethiopia was then represented by a queen, who in some books is referred to as “Makeda. “She is better known to the world as the Queen of Sheba. In his book, “World’s Great Men of Color,” J.A. Rogers, gives this description: “Out of the mists of three thousand years, emerges this beautiful story of a Black Queen, who attracted by the fame of a Judean monarch, made a long journey to see him.”

Makeda, according to lore and legend, is the mysterious and majestic Queen of Sheba, and the beloved of King Solomon of Judea. However, according to the  Old Testament , she is portrayed as a chaste and unnamed queen of the land of Sheba heard of the great wisdom of King Solomon of Israel and journeyed there with gifts of spices, gold, precious stones, and beautiful wood and to test him with questions, as recorded in First Kings 10:1-13 (2 Chronicles 9:1–12). 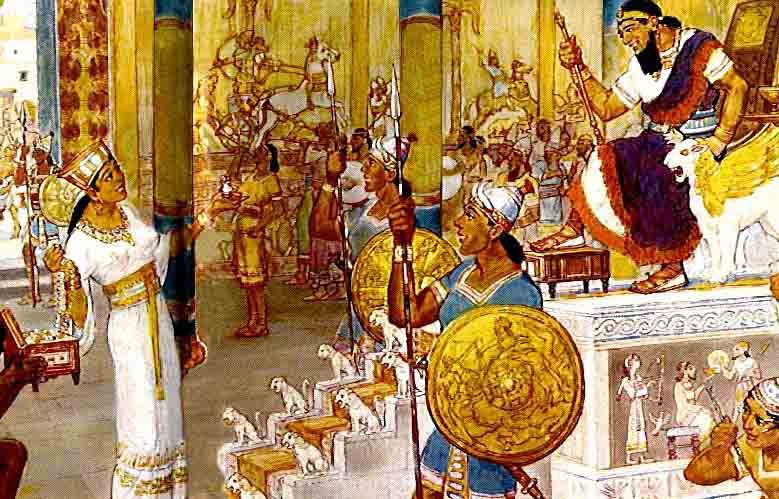 It is related further that the queen was awed by Solomon’s great wisdom and wealth, and pronounced a blessing on Solomon’s deity, Solomon reciprocated with gifts and “everything she desired,” whereupon the queen returned to her country. Makeda was apparently quite rich, however, as she brought 4.5 tons of gold with her to give to Solomon (1 Kings 10:10).

There is no hint of love or sexual attraction between Solomon and the Queen of Sheba. The two are depicted merely as fellow monarchs engaged in the affairs of state. Note that the Songs of Solomon (the shortest book in the Bible with only 117 verses) are amongst the most beautiful odes to love between a man and a woman ever written. Makeda’s name is never mentioned.

Together they had a son, Menelik I, who would become the first Emperor of Ethiopia. Based on a text The Kebra Nagast, a royal chronicle compiled in Abyssinia in the 14th century, this ancestry reestablished the Solomonic line. In 1270, with Emperor Yekuno’s declaration to be the lineal descent Menelik, all succeeding Ethiopian rulers confirmed they have full filial and ruling rights by birth to Yekuno Amlak and, by that means, to King Solomon and Queen Makeda.

In many versions of the Old Testament and in subsequent art, Queen Makeda was whitewashed. She was a beautiful powerful black woman who converted to Judaism, out of love, and traditional Western culture have never acknoweldged this. It is also believed that one of the ten lost tribes of Israel are the “Falashas”, a group of Ethiopian Jews who live today as in Biblical times.

Perfumer Shelley Waddington is the first to name a fragrance after Makeda This perfume magically evokes the love between King Solomon and Makeda , the fragrance is hand blended as in the days of old; Makeda’s heart of Jasmine Sambac, base of Oud,and cedarwood (“The beams of our house are cedar, King James 1.17′) clearly evoke the passion, sexuality and royalty of its noble namesake.