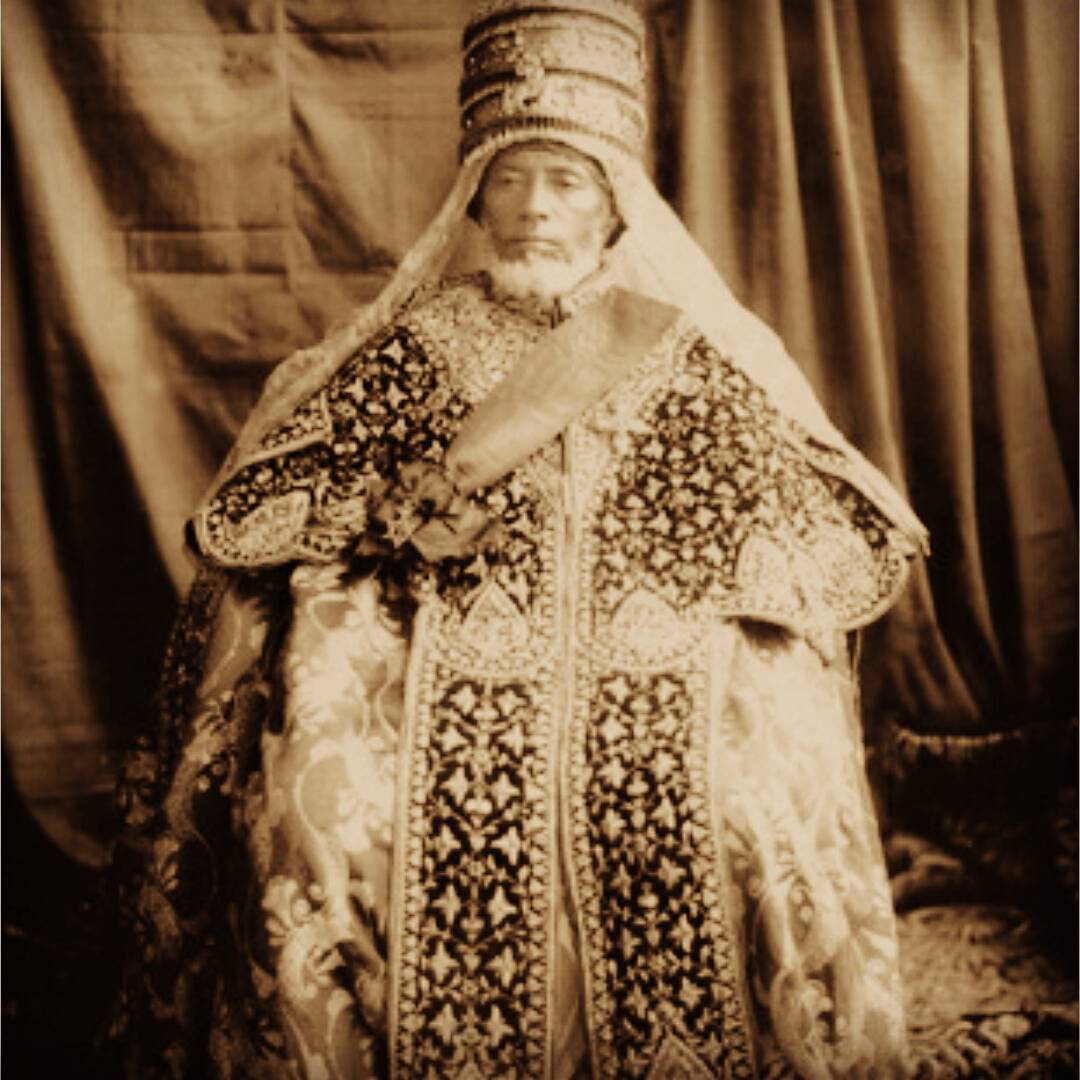 Negus (King) Mikael of Wollo, is relative of Queen Worqitu of Wollo and father of the uncrowned Emperor Iyasu V, with only one exception during the reign of Emperor Yohannes IV. He was always a loyal ally and friend to Emperor Menelik II, since the time when Menelik was a young King of Shewa. He was one of the great commanders of the Battle of Adwa where he led the feared Oromo cavalry against the Italian forces.
–
After the death of Menelik in 1913 Mikael’s son (grandson of Menelik) Iyasu was proclaimed King of Kings of Ethiopia however due to his ties to the Central Powers (in particular: the German Empire, Ottoman Empire, Kingdom of Bulgaria and the Austro-Hungarian Empire) and his friendly attitude towards Islam and possible support for the Somali Freedom Fighter Mohammed Abdullah Hassan he was replaced by a council of nobles and high clergy supported by the British who already prevented German missions from reaching Addis Ababa.
–
They claimed Iyasu converted to Islam to depose him as Emperor however this “conversion” has never been confirmed and some say it is unlikely that it was actually the case. The protagonist behind this displacement was a young progressive nobleman from the Shewan aristocracy and only surviving son of Ras (Duke) Makonnen Woldemikael called Ras Tafari Makonnen.
–
In response to this conspiracy against Emperor Iyasu V. Negus Mikael set out from Wollo with an army of 80.000 men to invade the Kingdom of Shewa where the 120.000 soldiers of Ras Tafari under the command of Fitawrari (Baron) Habte Giyorgis awaited them. This battle is known as the Battle of Segele. Negus Mikael was defeated and Ras Tafari became Enderase (Regent) of the Empire with Menelik’s daughter Zewditu as Queen of Kings.