The Death of a President
by William Manchester 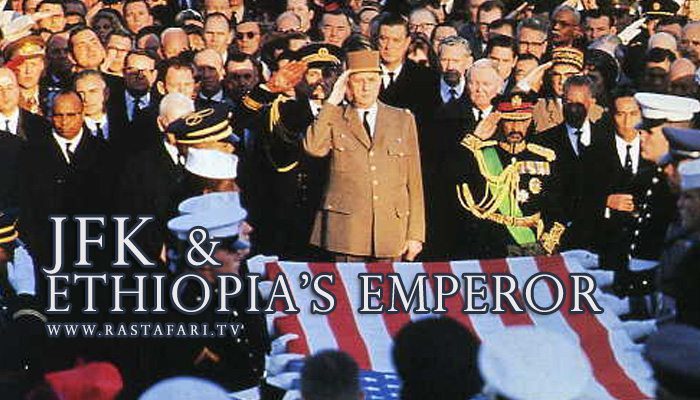 “…Overhead, St. Matthew’s choir sang the Gregorian “Subvenite” while the ushers struggled to seat the marchers quickly. The family was easy enough. Jacqueline Kennedy’s only special request had been to have Clint Hill directly behind her. Joe Gargan held a space between her and the children for the President’s mother until Rose arrived. Bob and Ted were at the end of that row, and their wives, sisters, and children were in the second and third pews. The snag was over the dignitaries. This was Angie Duke’s worry, and it was a stupendous one. The slight, sensitive chief of protocol had been working without rest for three days and three nights. Ahead of him, after the funeral, lay two crucial receptions – Mrs. Kennedy’s, in the executive mansion, and President Johnson’s, at State. Nevertheless it was his hour in church that was to be his hour of trial. First he found that the pews he had earmarked last night had been confiscated by Jack McNally for President Kenney’s staff. He was obliged to lead his chiefs of state off to the right, to St. Joseph Chapel – from which, he discovered in horror, the main altar was invisible.

Angie improvised. He seized a church functionary and demanded a television set. There was one in the cathedral, he was told, but using it in church during Mass was unthinkable. It had to be thinkable, said Angie, arguing furiously; diplomatic relations with ninety-one countrieswere at stake. The set appeared and was plugged in. It would be the only one in the cathedral, he told his charges, and they looked immensely pleased. Their pleasure diminished, however, when he started seating them. It was then he realized that in failing to allow for overcoats he had miscalculated badly. He had forgotten something else; the Emperor of Ethiopia, the King of the Belgians, and the husband of the Queen of England were all carrying bulky swords, more space-takers. Putting four bodies in a pew instead of five made a difference of twenty people – twenty world leaders who would have to stand. It wouldn’t do. He would have to start cramming. Like a conductor on a crowded bus he kept urging them to move over. They complied, grunting. Some situations were especially awkward….”They were jammed in like sardines,” Angie said of the foreigners later. “I stood throughout the Mass and suffered. Somehow we had got them all seated, but I hate to think how it was done.”

From the front pew in the main well of the church young John saw Haile Selassie. The Lion of Judah, who looked like a midget to Larry O’Brien, was a giant to John. Last summer he had come to the mansion bearing gifts: a leopard-skin coat for Mrs. Kennedy (which she, as a token of respect, had worn at the time despite the sweltering heat) and two toys carved of pure ivory, a doll for Caroline and a warrior for John. Since then the children hadn’t stopped talking about Haile Selassie, and John pointed toward the side chapel and gazed across at him admiringly. Then the formalities became boring to the boy. He fidgeted. St. Matthew’s bronze doors had clanged shut behind the last four persons to enter–Judge Sarah Hughes, Bunny Mellon, Martin Luther King, and Mary Ryan from Ireland. Luigi Vena was singing Leybach’s “Pie Jesu” as the crucifer slowly returned the cross to the altar, accompanied by two other acolytes carrying candles. The Cardinal followed them, chanting in Latin. Behind him the casket team, moving stiffly like drugged automatons, wheeled the coffin into position in front of the first pew, a few feet from the widow….

None of this had any meaning for the President’s little son. From across the aisle Nina Warren and Joanie Douglas, in the Supreme Court section, heard him say “Where’s my Daddy?” The boy lifted his arms. “Somebody pick me up.” Agent Foster, lurking near, carried him to the back of the church….

…Indeed, everything was over – the burial service, the state funeral, the strangely congruous blend of Old World mysticism and American tradition, the parade of uniforms and vestments, of judges and secret agents, of princes and prelates and anonymous, nondescript citizens who had surged across the bridge in the wake of the marching columns because they couldn’t bear to be left behind….

Cradling the flag under her left arm…she walked down the hill holding Bob Kennedy’s hand….In the car Mrs. Kennedy and the two brothers talked of the funeral – of how splendid it had been – and as the procession of returning cars came off the Washington side of the bridge and turned left, Robert Kennedy ordered the chauffeur of their car to leave the line and circle the Lincoln Memorial from the right. That way he could see the statue. He told the driver to draw over in front of it, and they did, as thousands of tourists do each day. From the back seat President Kennedy’s widow and the two heirs of his political legacy inclined their heads leftward to look up between the columns at Daniel Chester French’s nineteen-foot-high figure of the sad, strong, brooding President Lincoln the marble chin tilted in thought. After a while Bob tapped the chauffeur. They drove on without having spoken…

The Kennedy’s duty lay downstairs, where Angie Duke was leading their exotic guests to two buffets in the state and family dining rooms…

It s doubtful that any woman has ever prepared herself for a state function in less time. Before Peter Lawford entered the West Sitting Room to sit with Evelyn and his mother-in-law Jacqueline Kennedy had removed her veil and black beret, raked her simple coiffure into shape, and was in the Oval Room, ready to meet people. She was not going downstairs just yet, though. Here as everywhere she had her own way of doing things. For a little while she was going to be nearly as great a trial to Angie Duke as Jack McNally. A protocol officer must think in terms of nations, not people; he must pretend that every country is like every other country, distinguishable only by the alphabet. Sovereigns understood that. At the buffet Angie proposed that Queen Frederika precede President Lubke, on the ground that she was a woman; she recoiled, pointing out that GErmany comes before GReece. Jacqueline Kennedy didn’t like those rules. She only wanted to see four men in private, and she named them: Haile Selassie, Charles de Gaulle, Eamon de Valera, and Prince Philip, Duke of Edinburgh.

The first stage of the Kennedy reception therefore had three foci: her salon in the oval study, Rose Kennedy’s group in the sitting room, and the others downstairs. Various intermediaries shuttled in and out of the study – the Attorney General usually, assisted by Mac Bundy, by Angie, who had reluctantly agreed to “slip them up,” and, unexpectedly, by the President’s son and daughter. Caroline and John had been assigned no role. They were supposed to be playing with Miss Shaw. Their impromptu appearances were welcomed, however, because famous men are just as susceptible to the magic spell of the very young as their constituents, and brother and sister scored their own triumphs, notably with the Lion of Judah. Bundy noted how he saw their mother “charm the old black Emperor and let him charm her children – which he did most sweetly.” Really they were the charmers. The language barrier was formidable – Jacqueline Kennedy and Selassie spoke French, for his English was extremely limited – but the children had their own ways of communicating. “He was,” Mrs. Kennedy remembered, “their hero”; she fetched them from across the hall, and as they entered timidly at first, she pointed to his glittering chest and said, “Look, John. He’s such a brave soldier. That’s why he has all those medals.” The boy crept up into his lap and touched one. Then Caroline ran out to get the doll he had given her last summer. Her brother darted after her, and suddenly they were both in the Emperor’s lap, showing him the ivory carvings they had treasured. Haile Selassie examined John’s toy. “You will be a brave warrior,” he said haltingly. “Like your father.” They sat there for about twenty minutes, and to their mother the bond between them and the bearded old man in the gorgeous uniform was almost mystical. “He had this thing of love, and they showed him their little presents,” she recalled later. “And they were so happy, just staring at him and worshipping.”…

While Haile Selassie was in the study de Gaulle had stepped into the sitting room to tell Rose Kennedy of it, and Selassie, at Jacqueline Kennedy’s suggestion, had followed him there. Here again the Emperor was especially effective. The President’s mother recited his childhood diseases in French; “He was never a strong boy,” she said, “but he was so determined.” Selassie nodded and described how he had lost his own son, his crown prince. He and Rose discovered that they were the same age. “It’s wrong for parents to bury their children. It should be the other way round,” she said. He agreed: “It’s a violation of nature.” …