By Ras Kahleb | Since prohibition in Jamaica during the late 1930’s the ganja plant has been associated with madness and criminality. Like many other governments around the globe the Jamaican government in recent past has considered ganja to be a gateway drug and has classified it as a hard drug like cocaine and heroin. It was not until very recently that the government of Jamaica took the bold initiative to make amends to the country’s age old ‘Dangerous’ Drugs Act. To many Jamaican’s and others the recent reform of the country’s ganja laws is definitely a step in the right direction.  The Ganja Bill, as it is popularly known in Jamaica, stipulates that ganja is legal for medical and research purposes.  The Ganja Bill permits the use of ganja for medical and therapeutic purposes, as prescribed by or recommended in writing by a registered medical practitioner.  It also permits persons who are suffering from cancer and other serious chronic illness, to import ganja or products comprising ganja, where their use is recommended by a registered medical practitioner. 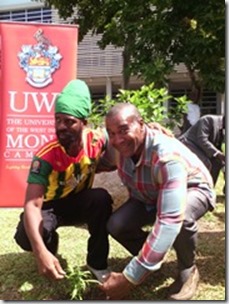 As for all Jamaicans, ganja has now been decriminalized. The reform of ganja laws in Jamaica permits the growing of up to five plants per yard or home. Also, the decriminalization of two ounces of ganja or less (for personal use) has gone into effect. The Hon. Minister of Justice has already sent out a message to the police asking them to use their discretion on citizens possessing small quantities of ganja, especially since nearly half of the arrests in the country have been for ganja possession. Unfortunately this does not mean that it is legal for Jamaicans to carry ganja on their person because a ticketable infraction of $500.00 will now be imposed on every person caught in possession of two ounces of ganja or less. Also under decriminalization those Jamaicans who received criminal records for the possession of small quantities of ganja are being expunged. While giving a talk in Spanish Town during a ganja symposium organized by the St. Catherine Ganja Growers Association the Hon. Mark Golding highlighted how 2,000 Jamaicans have already gotten their criminal records expunged. The Minister also noted that those persons in Jamaica who have been charged for possession of ganja since the early 1970’s and who have not yet been convicted or acquitted, but whose names are still on record today for having a pending criminal charge will soon be acquitted.

As a result of the regulated ganja industry in Jamaica, a Cannabis Licensing Authority has already been established for the purpose of licensing farmers, organizations, companies, educational and other institutions that are eligible to grow ganja for commercial and medical purposes. Two of these licenses to grow and study ganja have already been granted to the University of the West Indies and the University of Technology.  Critically, although the Ganja Bill is a step in the right direction it has already begun to pose some problems! One issue that some Jamaicans have with the Ganja Bill is that the Rastafari community is no longer the only group of citizens in Jamaica who uses ganja religiously.  In fact, many Jamaicans tend to bless up their chalices in the name of Jah Rastafari before taking a holy toke.  So where do we draw the line between the sacramental and recreational consumption of ganja by Jamaicans, and how do we identify when a Rasta is consuming ganja as sacrament or as a recreation?
Another problem some Jamaicans have with the Ganja Bill is that there are usually several independent living quarters in one yard so the limitation of only being able to grow up to five ganja plants ‘per yard’ is confusing and just not right!  And though the Ganja Bill permits the growing of up to five plants per yard there has been no provision for Jamaicans to legally purchase seeds as of right now. When recently questioned by myself on this matter the Minister of Justice, Mark Golding, stated that such seeds would have to be sought after through the black market until Jamaica’s ganja seed bank is up and running. The Hon. Mark Golding even highlighted how ganja seeds are not illegal in Jamaica. Golding also mentioned that the government will need until the end of the year or early 2016 before the regulatory process is finally completed (Mark Golding’s recent presentation at a ganja symposium organized by the St. Catherine Ganja Growers Association on June 27th 2015 in Spanish Town). 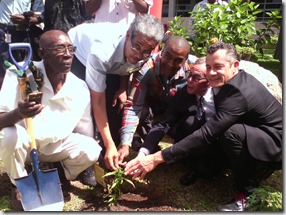 Despite the recent relaxation of Jamaica’s ganja laws some lobbyists are still critical especially since the Ganja Bill only permits much of what was already proposed to the government in 1977 by a Joint Select Committee of Parliament, and again in 2001 (see The Report of the National Ganja Commission).  It is then quite evident that over the last four decades there has been no theoretical and conceptual development within the Jamaican government’s initiative to reform ganja laws in Jamaica.

But whilst the government is moving like slowpokes, the ganja culture and activism in Jamaica is becoming increasingly expressive which means that interesting times are ahead! Since the April 2014 launch of the Ganja Growers and Producers Association (GGPA) several associations – of the like – have been launched throughout parishes such as St. Elizabeth, Westmoreland, Manchester, St. Catherine, St. Thomas and St. Ann.  Presently all 14 parishes in Jamaica have at least a single ganja association.  The GGPA has also been responsible for the formation of some parish associations in Jamaica, while other parish associations such as the Westmoreland Hemp and Ganja Farmers Association (WHGFA) led by renowned Rastafari elder, Iyah V, are totally independent of the GGPA.  In fact, the WHGFA has recently signed off on a ten year contract with High Times valuing two hundred million US dollars.  As a result of such a partnership Jamaica will have its first Cannabis Cup slated to take place between the 12th and 15th  of November 2015 in Negril.

Also in the month of November the St. Catherine’s Ganja Growers and Producers Association will keep Jamaica’s first ganja festival since the passing of the Ganja Bill.  Now we can easily imagine ganja festivals taking place all throughout the 14 parishes of Jamaica with locals in partnership with members of the international ganja community.  With reparations for state violence against Rasta still high on the community’s agenda, the idea of Rastafari economic villages all over the island with the best edibles, oil extracts, vapor lounges and ganja tea/coffee shops for our global ganja patients who visit Jamaica each year is not really far-fetched.  And as we Jamaicans become pioneers of our own green gold rush some of us are welcoming of overseas partnership.

To make a contribution towards the Ganja Festival held on the 7th of November by the St. Catherine Ganja Growers and Producers Association please contact Rupert Walters at rupiewal@yahoo.co.uk, Vicki Hanson vicki.j.hanson@gmail.com or Robert ‘Ras Kahleb’ Gordon at kahlebthefirst@gmail.com.

We are seeking international partnership! 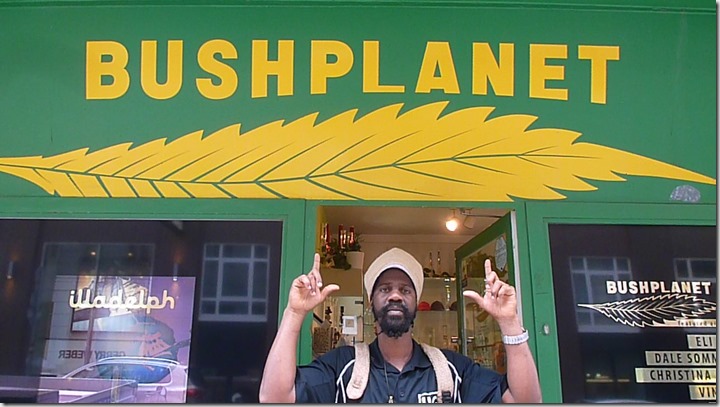