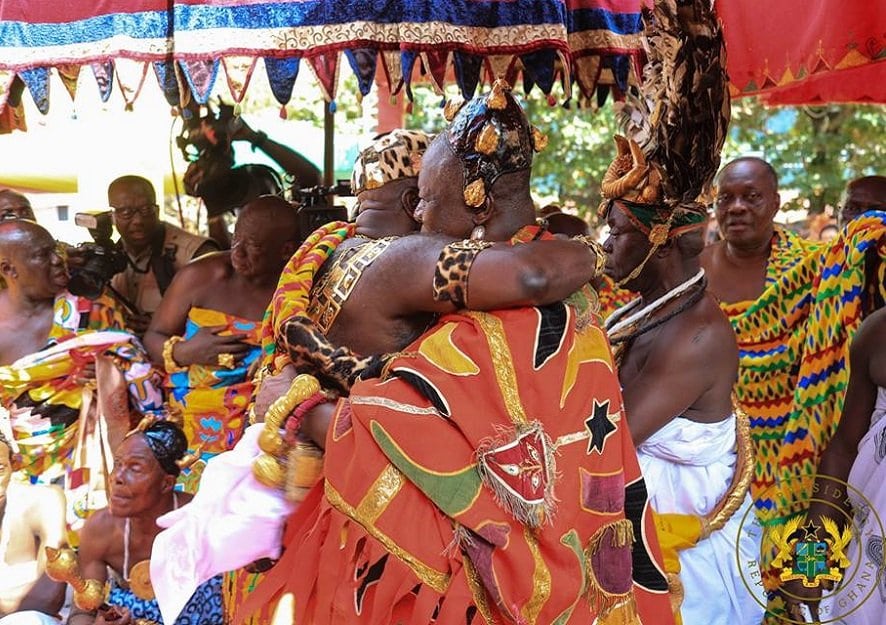 The Akan group is one of the largest ethnic groups in West Africa with its population in Cote d’Ivoire and largely in Ghana. Dozens of tribes in Ghana belong to the Akan ethnicity which includes the great Ashanti Kingdom and the Akyem located in the Eastern Region of Ghana. 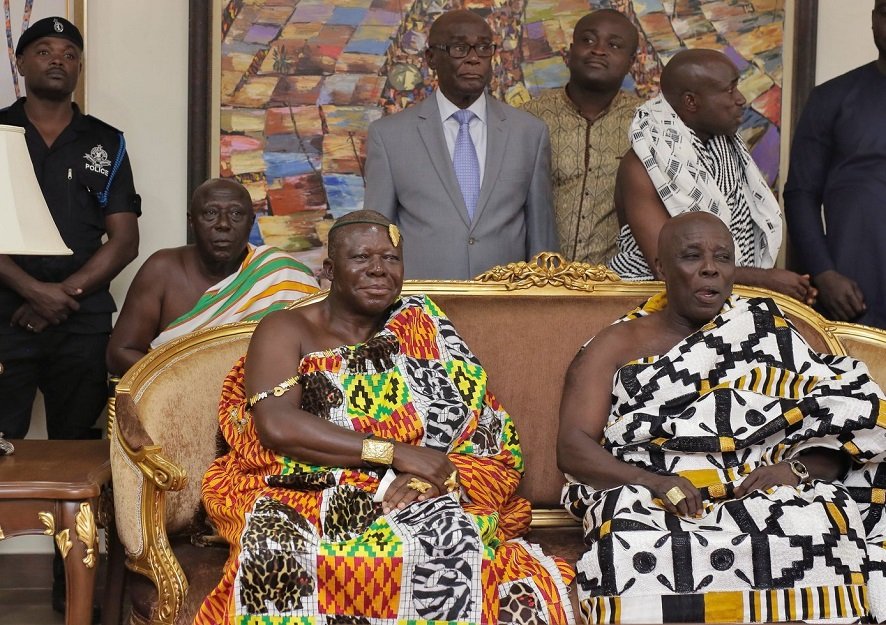 The two kingdoms have had a 300-year rivalry rooted in killings of chiefs and kings, conquests and betrayal during the pre-colonial era. Historical accounts noted that the two groups were pitched against each other by colonial administrators; Captain George Maclean and Commander Hill.

However, subsequent events entrenched the rivalry starting from the killing of the first Ashanti king Opemsuo Osei Tutu I who was shot dead while crossing the River Pra after an unsuccessful attack on the Akyem during the Ashanti war campaign to expand the kingdom.

The Asante Kingdom was officially established in 1701 by Nana Kofi Osei Tutu who was made the Asantehene or King of the Ashanti Kingdom. He took over from his uncle Nana Obiri-Yeboah with the help of his traditional advisor Okomfo Anokye.

The biggest rivals of the Ashanti at the time were the British and Akyem who were protecting other smaller states like the Ga and Fanti around the coast. However, there was mutual respect and regard for kings among the Ashantis and the Akyems.

After defeating other states including Wassa, Denkyira, Sefwi and Twifo, Asantehene Osei Tutu led the Ashanti army in 1717 to attack the Akyem. The King is believed to have underestimated the strength of the Akyem and did not wear his magical amulets given to him by the powerful mystic Okomfo Anokye.

The errors led to a retreat in defeat and during the crossing of the river, the Akyems broke the mutual accord of not attacking rulers by shooting Osei Tutu who was carried in a palanquin. He died from his wounds and the Ashanti kingdom has never forgotten that day.

The leadership of the army fell on the occupant of the Silver Stool, the Mamponghene, Nana Akuamoa Panin, who handed over the reigns to Opoku Ware I, also known as Opoku Ware Katakyie. He ascended the Golden Stool in 1718 as the leader of the Ashanti army.

In 1742, Opoku Ware I led another attack on the Akyem states of Akyem Abuakwa and Akyem Kotoku and the chiefs of the two areas were killed by the Ashanti army as revenge. The conquest paved way for the Ashanti army to attack the Ga and Fanti states in the south.

The tension between the two kingdoms was never extinguished despite attempts by the Akyem to end the rivalry. An Akyem King, Okyehene Nana Ofori Atta, visited Asantehene Osei Agyeman Prempeh II at the Manhyia Palace in the 1960s. Both of them were also knighted by the British Monarch.

Another attempt was in 1985 when the Okyehene at the time, Osagyefuo Kuntukunuku II, also attended a durbar by Otumfuo Opoku Ware II in Kumasi. The gesture was repeated in June when the current Okyehene Osagyefo Amoatia Ofori Panin attended the current Asantehene Otumfuo Osei Tutu II’s annual Head of State Invitational Golf tournament at the Royal Golf course in Kumasi, the capital of the Ashanti Kingdom. They arrived together in the Ashanti King’s limousine and hugged each other before teeing off, a sign of the end to the 300-year-old rivalry.

It finally ended on August 23, 2018, when the Ashanti King Otumfuo Osei Tutu II, the 16th occupant of the Golden Stool, honoured the invitation of the Okyehene, Osagyefo Amoatia Ofori Panin II to be the Special Guest of Honour in Kyebi for a grand durbar in commemoration of the 75th anniversary of the death of a former Okyehene, Nana Sir Ofori Atta.

The Asantehene made the first visit of an Ashanti King to the Akyem Kingdom in 300 years a historic one as he travelled in style with a huge delegation of dozens of chiefs and dignitaries. The two rulers rode in palanquins and at the durbar grounds, ended the 300-year-old rivalry with a hug that received a rousing applause from members of the two Kingdoms. 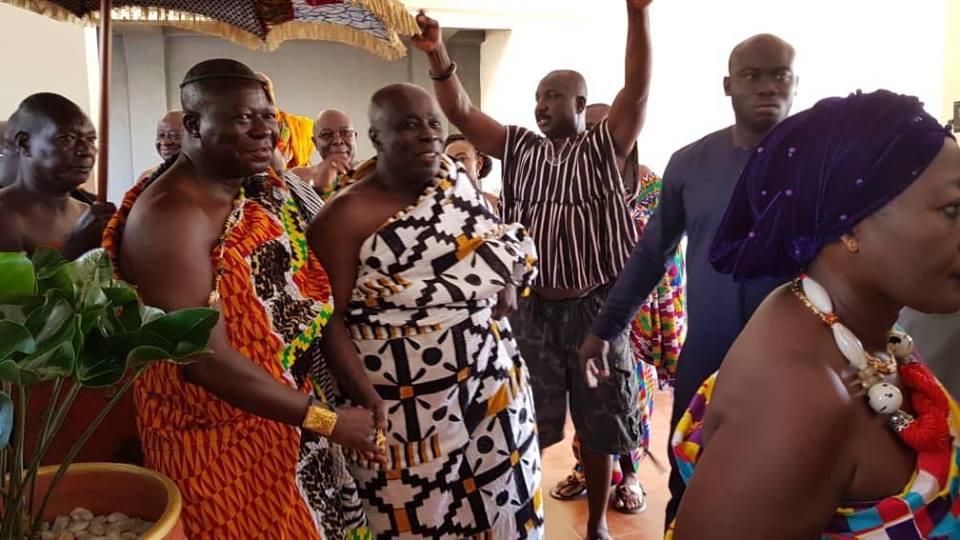