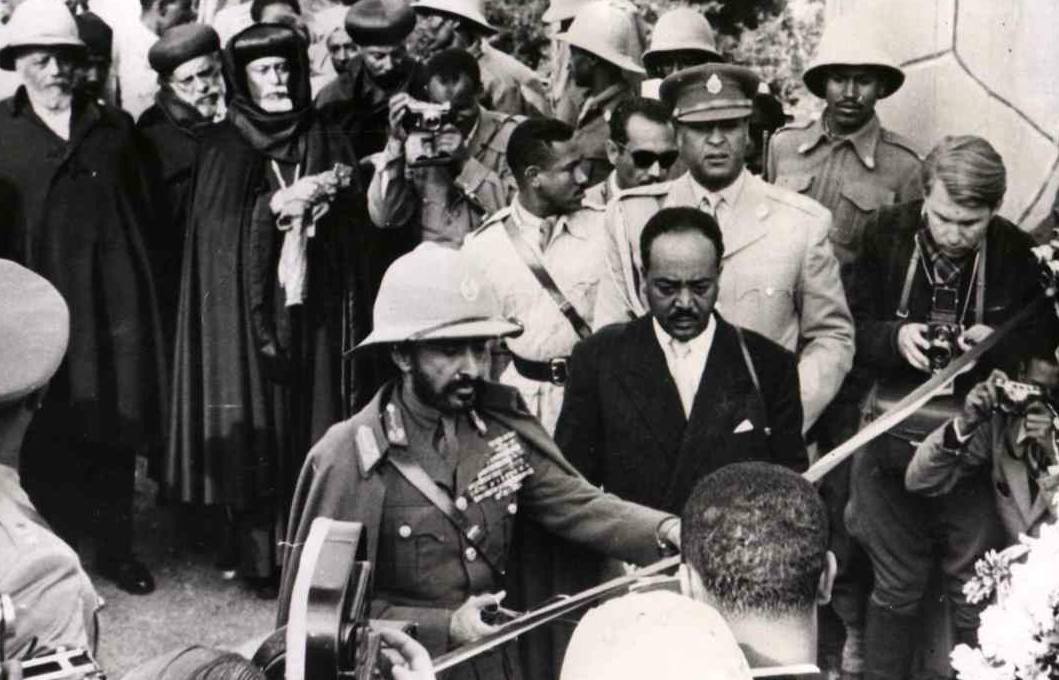 H.I.M. lobbied to unify Eritrea with Ethiopia from under British rule

Atse Qedamawi Haile Selassie seen cutting the tape on the boundary between Eritrea and Ethiopia on 3rd October 1952, to establish the federation.  The Emperor was determined that Eritrea would be fully incorporated into Ethiopia.

One of the great achievements of Emperor Haile Selassie was that he lobbied the US and Europeans for the reunification of Eritrea with Ethiopia, which had remained under the British rule after the Italian defeat in 1941. With the blessing of the United Nations Eritrea was re-united with Ethiopia in 1952. Undoubtedly, Haile Selassie was skilled in diplomacy and was know for his restless efforts of campaigns against colonization in Africa.