Loading posts...
Home H.I.M. Emperor Haile Selassie I Archive Ethiopians and Ethiopian-Americans to Celebrate King Menelik and His Victory at the Battle of Adwa 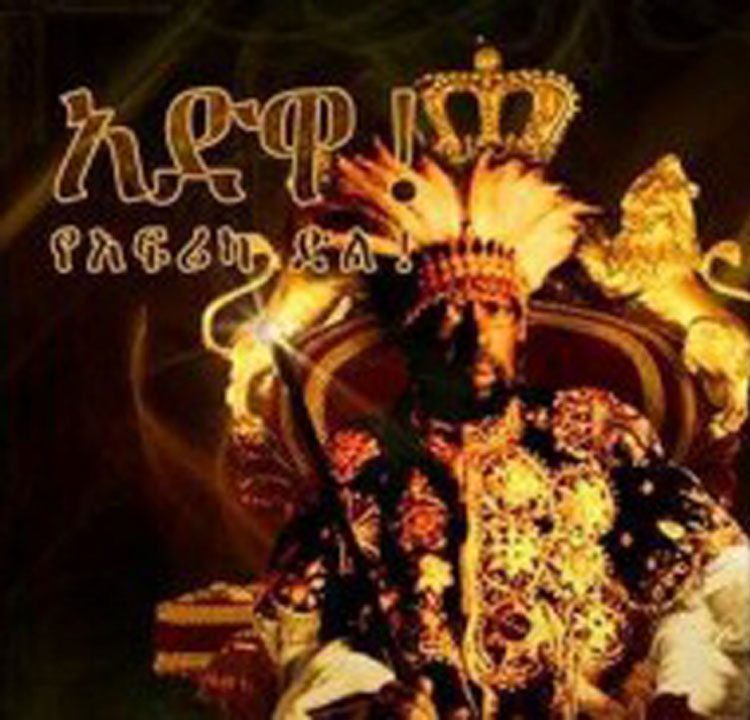 Washington, DC – One-hundred and eighteen years ago, a well-organized army under the command and leadership of Emperor Menelik II and Empress Taytu, decimated the Italian force that was seeking to colonize one of Africa’s most ancient nations – Ethiopia. As a leader beyond his time, Emperor Menelik II was able to organize and structure an army within a short period of time to confront the Italians at Adwa. With his swift victory over the Italians, Minilik II solidified Ethiopia’s independence by putting Ethiopia among the very few states in the world that have never been colonized.

The Ethiopian Heritage Society of North America (EHSNA) will be celebrating the leadership of King Menelik  and Empress Taytu in their struggle for independence. Last month marks the 100th anniversary of Menelik’s death, nearly 18 years after defeating the Italian colonial force. The commemoration of Minilik and Tyatu, and the victory at Adwa, will take place on Sunday, March 2, 2014 at the Silver Spring Civic Building at Veterans Plaza in Silver Spring, Maryland. The general public is encouraged to attend and commemorate the victory at Adwa, as well as King Menelik’s accomplishments in restructuring Ethiopia.

King Menelik’s victory at Adwa raised the status of Ethiopia to a degree that Ethiopia, then known as Abyssinia, became a symbol for Africa’s great potential. It shattered the centuries old, negative portrayals of Africans as being, “savages.” The victory produced and strengthened a new phase of Pan-Africanism that planted the seed of unity and cooperation of blacks throughout the world to break the yoke of colonialism in unison.

In Africa, many nations viewed Ethiopia as a role model, and took the Ethiopian flag colors (Green, Yellow, and Red) to construct their own flag in recognition of Ethiopia’s struggle and victory over colonialism. In the Americas, the African-American community adopted the words “Ethiopia” and “Abyssinia” in their church names to further push the idea of black unity. Langston Hughes, in his poem entitled Call For Ethiopia, writes: “Ethiopia is free! Be like me all of Africa, arise and be Free! All of you black peoples, be Free, be Free!”

Besides saving his country from slavery, Minilik can also claim victory in the development sphere. With great zeal, he led Ethiopia into the 20th century. A 1909 New York Timesarticle describes Menelik: “The Emperor, after abolishing the feudal laws still extant in the empire, and emancipating the slaves, established compulsory free education throughout his dominions. As a result in another generation education will be as widespread in Abyssinia as in several European countries.”

Emperor Menelik II introduced a plethora of modern institutions and infrastructure that Ethiopia sorely needed. From the first railway, to the first bank and telephone systems, from electricity to the first sewer system, Emperor Menelik II was determined to move Ethiopia into a new era. Before he died, it is alleged that he was thinking about reforming the government into a constitutional monarchy.

A Battle for Emperor Menelik II and the Truth

Recently, an organized campaign to degrade and belittle the image and legacy of Menelik II has been taking place. This deliberate and hateful campaign has attempted to target and belittle one of the fundamental cores of Ethiopian identity – the victory at Adwa.

Despite the diversity of language, culture, and religion among them, Ethiopians united to defeat their common enemy colonialism. The victory helped foment a nationalist renaissance that focused on an Ethiopian identity that includes diligence and courage.

This smear campaign not only attempts to belittle and degrade the history of Ethiopia, but also to rob the historical symbolism and pride of blacks around the world. By portraying a vicious image of King Menelik and his victories, it attempts to define black identity as a people conquered by colonialists, while the triumphant victory proves otherwise. Since their defeat at Adwa, the colonialists have searched for ways to degrade the victory of Adwa and Menelik, because it reminds them of their defeat.

The present regime in Ethiopia is adopting the techniques of those past colonial powers. It seems to be attempting to colonize Ethiopia a second time. The regime is attempting to rewrite history by ignoring the victory at Adwa and besmirching the image of Menelik. The regime attempted to pull down a historic statue of Menelik, but the people of Ethiopia reacted negatively and the statue still stands in Saint George Circle in Addis Ababa.

Common knowledge indicates that the regime has financed this smear campaign against Menelik and the victory at Adwa. Its ultimate goal is to deconstruct the shared history of the nation using a divide-and-conquer technique, pitting citizen against citizen. The victory at Adwa and the leadership of Menelik and Taytu are synonymous with Ethiopian freedom. They define what the Ethiopian people can accomplish as a united front.

EHSNA, the sponsor of this commemorative event, is a non-profit, charitable organization (501c) that encourages young members of the Ethiopian diaspora, and their families and friends, to remember and celebrate Ethiopia’s cultural heritage – such as the significance of the Battle of Adwa. As a lesson in freedom, please come and celebrate the victory of Adwa and the legacy of Emperor Menelik II and Queen Taytu.

In his 58 years of leadership in Ethiopia, first as Regent and then Emperor, Haile Selassie of Ethiopia accumulated numerous honou...
Theme developed by TouchSize - Premium WordPress Themes and Websites