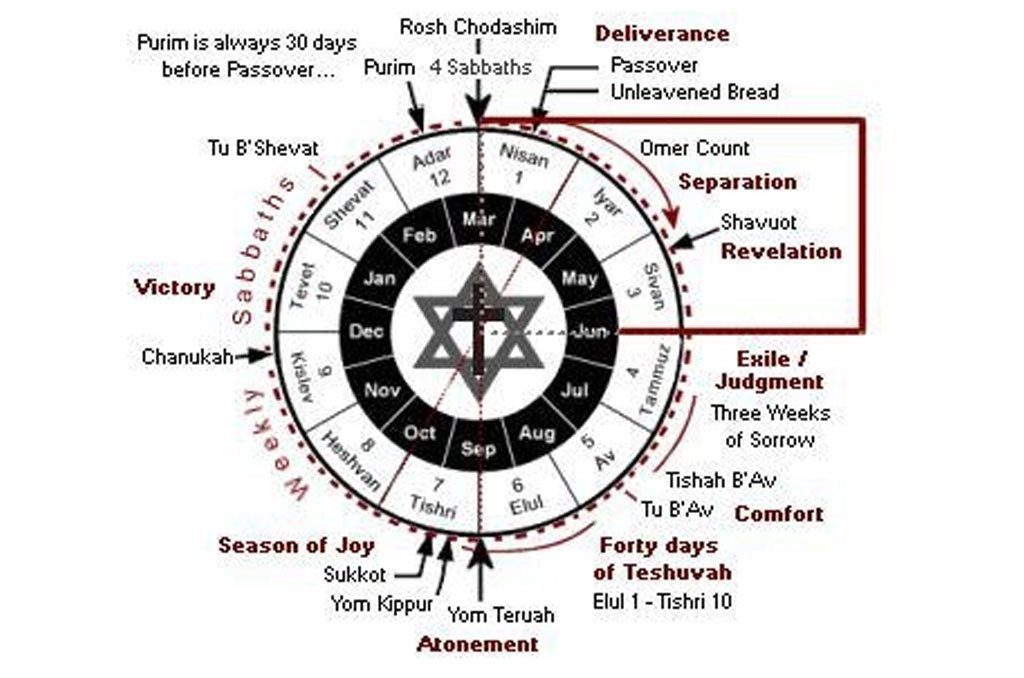 Ethiopian World Federation “The Constitution and By-Laws” for The Kingdom Restoration of The True Ethio-Hebrew Israelite (RasTafari) Nation: Part 2 Alignment in the Heavens (Two 7’s Clash)

Psalm 90:12 So teach us to number our days, that we may apply our hearts unto wisdom.

According to our true Ethiopic “Judeo-Christian” Divine Heritage, the Hebrew Observance of Moedim
(מועדים) “appointed times” of YaHWeH (יְהֹוָה) “He Who BE Who He BE…His Divine Majesty/’JAH’” is an integral aspect in gaining insight into the unveiling of the Divine Mind and Reality. This is clearly stated in Genesis 1:14 “And Elohim (The Creative Source) said, Let there be lights in the firmament of the heaven to divide the day from the night; and let them be for signs, and for seasons, and for days, and years:” and Leviticus 23:1,2 “And YaHWeH (The Covenant Name “HaShem”) spake unto Moses, saying, Speak unto the children of Israel, and say unto them, Concerning the feasts of the YaHWeH, which ye shall proclaim to be holy convocations, even these are my feasts”

Rosh Hodesh Elul (ראש חודש אלול) “Head of the Month of Searching/12th month of the Hebrew Civil Year/6th month of the Hebrew Ecclesiastical Year” begins a 40 day period of Teshwubah (תשובה) which is loosely translated as “repentance” but more in the sense of returning to YaHWeH, begun this year 5774 (Hebrew calculation, based on the siting of the New Moon) on the evening of August 25th 2014 (Gregorian Calendar). This period of introspection, in anticipation for Yowm Kipwur (יוֹם כִּפּוּר) “Day of AtONEment”. Yowm Kipur, leads into Sukkowt (סֻכּוֹת “booths” or the ingathering) which is one of the 3 appointed pilgrim festivals of Shalowsh Regalyim (שלוש רגלים), the other 2 being “Passover” Pesakh (פֶּסַח) and “Feast of Weeks” Hag HaShabwuwot (חג השבועות), when all of Israel, that are able, are to appear in Jerusalem in to worship YaHWeH.

In the Addis Zemen (አዲስ ዘመን) “New Age”, since the Revelation of Qedamawi Haile Sellassie (HaShem Beruku “The Name Blessed BE HE!”), Addis Abeba (አዲስ አበባ) “New Flower” has been sighted as Adisetun Eyerusalemen (አዲሲቱን ኢየሩሳሌምን) “New Jersusalem”. This could be found written, from the prophetical perspective concerning “old Jerusalem”, now occupied by Theodore Herzl’s concept of a pseudo-State of “Zionist” Israel, in Isaiah 40:7 “The grass withereth, the flower fadeth: because the Spirit of YaHWeH bloweth upon it: surely the people is grass.” This was also the shown in Ra’iy YeYohanes (የዮሐንስ ራእይ) “Vision of John” or Revelation 3:12 “HIM that overcometh will I make a pillar in the temple of my Elohim, and he shall go no more out: and I will write upon him the name of my Elohim, and the name of the city of my Elohim, which is new Jerusalem, which cometh down out of heaven from my Elohim: and I will write upon him my New Name. We need to give due diligence to compare and contrast the following 2 facts of the matter: 1) On 14 May 1948, David Ben-Gurion, the Executive Head of the Zionist Organization and president of the Jewish Agency for Palestine, declared “t

he establishment of a Jewish state in Eretz Israel, to be known as the State of Israel,” a state independent upon the termination of the British Mandate for Palestine, 15 May 1948 2) In 1948 Emperor Haile Selassie I donated 500 acres (2.0 km2) of his private land to allow members of the Rastafari movement, Ethiopian World Federation (EWF) officers and members and other settlers from Jamaica and other parts of the Caribbean to go to Africa. The return would be under the auspices of the EWF, founded in 1937 by the Emperor’s special emissary to Black America, Melaku E. Bayen. The official letter confirming the “land grant” of 1948 was submitted to the members and executives of the Ethiopian World Federation in 1955. During 1948 a Blood Moon was observed during Passover.

With the above being established, it becomes evident that this proc

lamation is true indeed. This becomes increasingly evident as we note that the Hebrew year 5775 (begins September 25th 2014) is a year of Shmitah
(שמיטה) “the seventh year of the seven-year or year of release”. In the Divine Mind, this time commences a point when financial debts are canceled, and people receive the opportunity to start a new period of economic freedom.

Having recognized the current season of the Blood Moon Tetrad and the intermittent Solar Eclipse foretold of in Joel 2:31 “The sun shall be turned into darkness, and the moon into blood, before the great and the terrible day of YaHWeH come”, we find a remarkable alignment of Rosh Hodesh Elul 5774 with the 77th anniversary (TWO 7’s Clash) of the giving of The Ethiopian World Federation Constitution and By-Laws by H.I.M. Haile Selassie I “Hebrew King of Israel, upon the Throne of David which is the Throne of YaHWeH” identified in 2 Chronicles 9:8 “Blessed be YaHWeH Eloheikha “your Source”, which delighted in thee to set thee on HIS throne, to be King for the YaHWeH Eloheikha: because Eloheik

ha loved Israel, to establish them for ever, therefore made he thee King over them, to do judgment and justice.” H.I.M. also fulfilled Isaiah 43:6 “I will say to the north, Give up; and to the south, Keep not back: bring my sons from far, and my daughters from the ends of the earth;” through His special emissary Dr. Melaku Emmanuel Bayen (Melak መላክ “angel” AmanwuEL עִמָּ֫נוּאֵ֫ל “The Mighty ONE is with US” Bayen ብይን “Judicial Decision”) to the Ethio-Hebrew Israelite RasTafari Nation in the Dispersion of The North Country and throughout the worldwide diaspora ,as first proclaimed our RasTafari Patriarchs Prophet William Saunders Crowdy, Reverend James Morris Webb, Rabbi Arnold Josiah Ford and Rabbi Wentworth Arnold Matthew In the “Wilderness of North America.” (see Gospel of H.I.M. at: https://www.lojsociety.org/books.html ) https://ethiopianworldfederation.com/constitution.html

It must not be neglected that after the resurrection of Our Geta (ጌታ) “Master” Iyesus Kristos, during the 40 days he spent with his disciples (equivalent to the length in days of Teshuwbah), a very important declaration was given regarding the Restoration of The Kingdom to Israel. In Acts 1:7 we read “And He said unto them (THE DISCPILES OF THAT TIME), It is not for you to know the times or the seasons, which the Father ha

th put in his own power.” For those of us having recognized H.I.M. as the revelation of the Person of The Father, in Spirit and in Truth and for others at least The Father of Modern Ethiopia or Organization of African Unity, it should be distinguished that the word “Power”, in this sense, derives from the word exousia (ἐξουσία: the power of rule or government; the power of him whose will and commands must be submitted to by others and obeyed) in contrast with the word “Power” dynamis (δύναμις: dynamic ability received through the Holy Spirit) found in other contexts. From this fuller comprehension of The written Word along with the testimony of the Heavens there is little room for doubt that The Ethiopian World Federation Constitution and By-Laws is confirmed as the Divine and Royal Decree of our “GOD”/Father/King Qedamawi Haile Sellassie. It is the Key to our National Sovereignty, as well as our “instrument of release”. This is evidenced as has culminated in the Shashemene Land Grant given by H.I.M. to the Ethio-Hebrew Israelite “RasTafari” Diaspora and initially administered by Hebrew James Piper and relinquished to Dr. Gladstone Robinson/Fikre Sellassie as Power of Attorney. (for a more detailed analysis please see our brother page RasTafari Renaissance link: https://rastafarirenaissance.wordpress.com/regeneration-of-culture/reasoning-assessments-going-forward/ ) see also: https://shashamane.org/

In conclusion, it should be mentioned that as it is written, our Divine Abrahamic inheritance is not limited to Shashemene but declared in Genesis 15:18 “In the same day the LORD made a covenant with Abram, saying, Unto thy seed have I given this land, from the river of Egypt unto the great river, the river Euphrates:”. From the Shadow types of the Old Testament, we are now able to see that just as YaHWeH tested the Children of Israel by entrusting a small foothold of the covenant of inheritance to test the Children of Israel’s obedience to YaHWeH’s expectations, so should Shashemene be likened to, in obedience to H.I.M. Then in the greater scope we may begin to realize Joshua 1:3 “Every place that the sole of your foot shall tread upon, that have I given unto you, as I said unto Moses.”