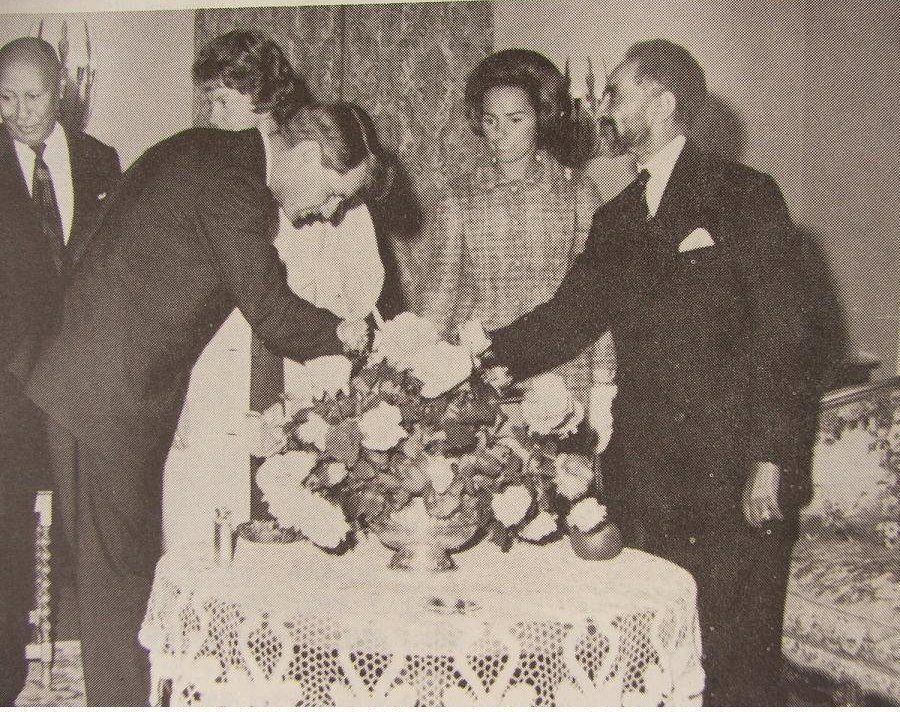 While visiting the United States, Emperor Haile-Selassie was cheered by more than a million New Yorkers in a ticker tape parade down lower Broadway and was given honorary degrees by Howard University, Columbia University, McGill University, Laval University, and the University of Michigan (he also visited Harvard and Princeton). In addition to being welcomed by governors, mayors, and public officials, the Emperor had toured, among other places, a Michigan automobile factory, the Chicago stockyards, a US steel plant, the grand Coulee Dam, a California oil refinery, harbor installations in Long Beach, and the 20th Century Fox movie studios in Hollywood. He attended a baseball game at Yankee Stadium, where he donned a fielder’s glove as Casey Stengel presented him with a souvenir baseball.