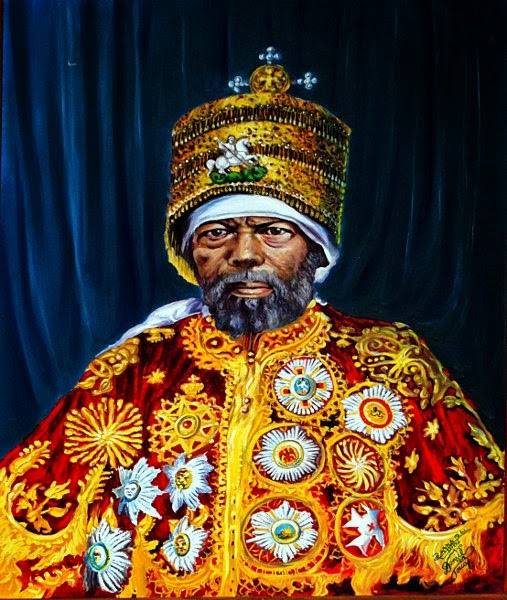 Emperor Menelik II(Ge’ez: ዳግማዊ ምኒልክ, dagmäwi minilik, baptized as Sahle Maryam (17 August 1844 – 12 December 1913), was Negus of Shewa (1866–89), then Nəgusä Nägäst of Ethiopia from 1889 to his death. At the height of his internal power and external prestige, the process of territorial expansion and creation of the modern empire-state had been completed by 1898.  Ethiopia was transformed under Nəgusä Nägäst Menelik: the major signposts of modernization were put in place. Externally, his victory over the Italian invaders had earned him great fame: following Adwa, recognition of Ethiopia’s independence by external powers was expressed in terms of diplomatic representation at the court of Menelik and delineation of Ethiopia’s boundaries with the adjacent colonies.