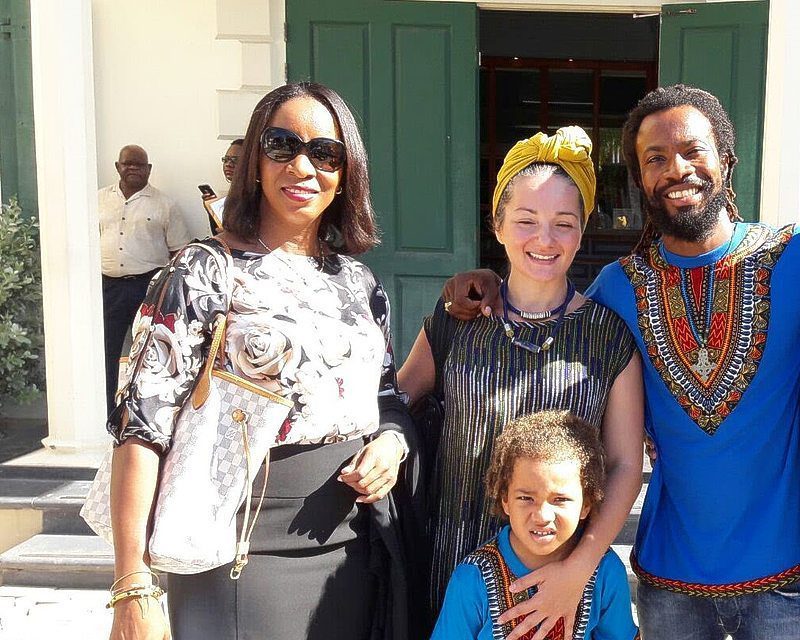 PHILIPSBURG–The Court of First Instance on Friday ordered Foundation Catholic Education St. Maarten (FCES) to give young Rastafarian pupil Immanuel Marica access to Sister Regina Primary School in Simpson Bay, and to provide him with education, as of Monday.

In case of non-compliance, the Foundation has to pay a daily fine of US $1,000, to a maximum of $100,000, the Court ruled in the injunction filed by the boy’s parents.The four-year-old boy was expelled from Sister Regina School four weeks ago, as FCES did not allow him to attend school because he wears his hair in locks.

It would be a violation of the Constitution of St. Maarten and of the United Nationals International Convention on the Rights of the Child in case Rastafarian boys would be forced to cut their hair short in order to gain access to government-financed Dutch-language education, the Court said in its ruling.

The boy’s parents, who live and work in St. Maarten since 2013, are of the Rastafarian faith, and do not believe in cutting their children’s hair, because hair is considered a symbol of strength. Their son is currently not attending school.

FCES has the policy that all pupils’ hair, boys and girls alike, should be properly groomed. In the school’s rules it is emphatically stated that earrings, locks, braids, tails, body piercings, tattoos and head patterns are not allowed for boys. “All boys’ hair is expected to be groomed (cut short) regularly,” it is stated.

The boy’s parents, who insist on their son being instructed in the Dutch language, claimed that he is being discriminated against because of his religion and appearance, and that his rights to education were being trampled.

The Court established that in managing non-public schools, FCES is free to set rules and regulations, also where this concerns the appearance of pupils. However, Immanuel’s parents, in fact, have very limited options in the choice of Dutch-language schools.

The Judge also found that FCES accepts children of all denominations and of “all walks of life,” provided that the children and their parents adhere to the school rules. Immanuel’s parents had both stated that they were prepared to follow all the rules set by the Foundation, and to observe all Catholic habits and rituals, as well as all rules concerning their son’s appearance, with the exception of the rules concerning his hairstyle. They said the boy’s locks are part of his cultural-religious identity.

He said that for as long as there are no Dutch-language primary schools in St. Maarten, boys of the Rastafarian faith cannot be forced to cut their hair. However, FCES is allowed to demand that their locks are neat and properly groomed.

The Court also pointed at the fact that one of FCES’ teachers has a Rastafarian hairstyle. Besides, the boy’s parents had presented pictures to the Court of male pupils, whose hair was neither cut short, nor properly groomed. Therefore, the Court said it was “unconvinced that the Foundation is upholding its own rules with the same rigour in all cases.” This all led the judge to the conclusion that FCES had made the wrong choice in expelling the boy.

via: The Daily Herald