How to Control Positive Chi to Heal & Transform

Everything in creation is made up of electromagnetic energy vibrating at different frequencies that correspond to sound, light and color. The existence of electromagnetic fields around every object in the world – known as an Aura – is a scientifically proven fact. The Chinese refer to this energy as’Chi’ (pronounced Chee), the vital life force energy of the Universe, present within every living thing. Western medical science is now beginning to take a serious look at ancient Far Eastern traditions that focus on Chi, the life force energy which flows through the body pathways – known as meridians and chakras – of all living forms, in order to maintain health and wellness, mentally, physically and emotionally.

The Definition of Chi:

“Theories of traditional Chinese medicine assert that the body has natural patterns of qi associated with it that circulate in channels called meridians in English. Symptoms of various illnesses are often seen as the product of disrupted or unbalanced qi movement through such channels (including blockages), deficiencies or imbalances of qi, in the various Zang Fu organs. Traditional Chinese Medicine seeks to relieve these imbalances by adjusting the flow of qi in the body using a variety of therapeutic techniques.'” – Wikipedia. 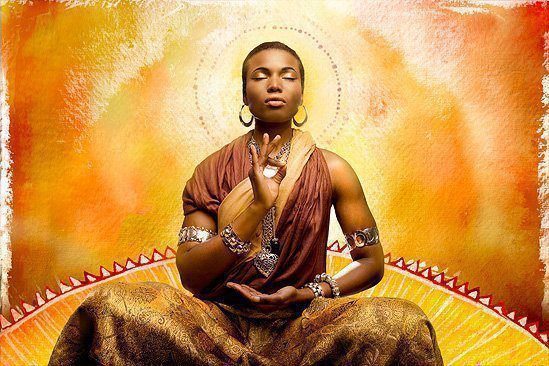 Chi has been written about and studied for over ten thousand years, from China and Japan to India, the Hawaiian Islands and South America. Chi is the energy of life itself, recognized as the balance of Yin and Yang (male and female, positive and negative, electromagnetic energy), which flows through everything in creation. Chi is at the foundation of many health and fitness practices such as Massage, Yoga, Martial Arts, Reiki, Feng Shui and Acupressure.

Focusing on improving your positive energy will aid in unblocking the ‘Chi pathways’ and ensure a maximum flow of this healing source through all body organs, to restore normal or improved function to impaired organs and body systems. Positive energy allows the Chi energy to flow naturally thereby creating spiritual, physical, mental and emotional strength, health, fitness and wellness.

In China there used to be an extraordinary center, the world’s largest medicineless hospital. Tens of thousands of people have visited here to learn Chi-Lel and heal themselves naturally by practicing Chi-Lel. There are no surgeries and no poison medicines. The method was developed by Dr. Pang, a Qigong Grandmaster and medical doctor trained in both Western and Chinese medicine.

Chi-Lel means chi therapy and there are more than 8 MILLION practitioners to date! Data of 7,936 patients concluded an overall effective healing rate of 94.96% There have been miraculous recoveries from incurable diseases such as cancer, diabetes, arthritis, heart disease, severe depression, paralysis, and systemic lupus.

“Qi or chi is the source of everything, the building block of all things. Human beings are made of living cells, and when we look into each cell we see a membrane, the nucleus and so on. Then if you look further into that structure you will see atoms – electrons, protons, and neutrons. And if you look even further, scientists now tell us that they can see energy there. However, according to the 5,000-year-old Chinese Qigong theory, if you go beyond scientific measurement – this is called the chi level. We can communicate with the chi level using our minds to do different things, such as healing.”
– Luke Chan, the first Chi-Lel master to be certified outside China.

Due to political reasons, the Center was closed in 2001. However, you may order Luke Chan’s book or DVD and practice Chi-Lel at home. Chi-Lel takes only 15 minutes to do. See the Chi-Lel website for further info: www.chilel.com

Reiki is a Japanese word. Ki means the same as the Chinese word Chi. Rei corresponds to another Chinese word meaning universal or magical. Reiki is achieved through initiation, rather than through self-cultivation as done by practicing Chi-Lel.

Similar to Chi-Lel, but classified as a martial art and far more complex to learn.

Western medical practitioners are extremely limited in their training. They are taught anatomy and given authority to legally prescribe toxic drugs. When the drugs do not heal the physical diagnosis, the doctor then directs the patient to have surgery.

The traditional Chinese medical doctor is taught how to direct the patient to remain well. Ancient Chinese physicians were paid only while their patients remained healthy. By contrast, Western Hippocratic physicians are taught to diagnose a patient, and then proceed to demand huge amounts of money for the diagnosis, and the prescribed poisonous medications that follow. Western doctors are sought out only after disease has become established.

When the Chi flowing though these pathways is trapped, the result is pain and illness.
If the Chinese did not discover medicine, Western doctors would not have such advanced medicine as we have today. However, the majority of traditional Western doctors have never read the renowned medical book the ‘Nei Ching’ (the first documented medical book ever written and still used extensively today), they have never studied Traditional Chinese Medicine (TCM), and they do not understand the basic, simple principles of Yin and Yang (male and female) energies – let alone the ancient, proven healing modalities and philosophies of Ayurveda, Acupuncture, T’ai Chi and Qi Gong – sources to the core understanding of health, strength, vitality and wellness.

It is no surprise that Western physicians scoff, dismiss or disdain Far Eastern methods of healing, and the very mention of the word Chi, because it is not in their financial and corporate interest to heal patients, let alone to prevent disease and illness. It is therefore no surprise that millions of people worldwide are turning to Far Eastern medicine and wellness methods, otherwise known in the West as ‘alternative healing’.

Yoga centers the body by holding different postures that connect with the chakras.

If a Chakra becomes blocked, specific emotional and physical problems begin.
To heal the body, mind and spirit, is to bring the chakras into alignment and balance.

Chakras – their Color Frequencies and Vibration:

RED – C: Base/Kumdalini/Root Chakra – Located at the base of the spine.
This chakra grounds us in the physical, related to security and survival.

ORANGE – D: Spleen Chakra – Located beneath the navel.
Home of creativity, sexuality, hormones and reproduction. Blockages manifest as such.

YELLOW – E: Solar Plexis – related to the pancreas and outer adrenal glands
The seat of our emotions. Blockages manifest as anger, sense of victimization, poor me, resentment.

INDIGO – A: Third Eye Chakra – Linked to the Pineal Gland.
Connected to the higher self and psychic abilities.

Thousands of people every year, are now traveling to Thailand, China, Japan, Brazil and Germany for affordable, non toxic, alternative healing. Western medical practitioners need to become educated as soon as possible regarding Chi energy and Far Infrared healing energy, or expect to receive the very same ridicule they harbor towards the wise and ancient Far East, directed towards themselves.

It is worth pointing out that even little children in the Far East know what CHI is, but adults in the West cannot even pronounce the word!

With cyberspace at our fingertips, extensive research is now possible for everyone, which means the numbers of the once faithful followers of the greedy and archaic methods of the Hippocratic Western medical establishment, are now declining. Afterall, without health, dreams and desires become irrelevant.

If Chi becomes blocked or its frequency changed – due to Electro Magnetic Frequencies, drugs, stress or acid foods – the body feels pain and becomes unwell. When the Chi is unblocked via such methods as a revised diet, termination of drugs, acupuncture or reflexology, the pain is released, the Chi begins to flow again, and the body becomes well.

Acupuncture and associated therapies, such as acupressure and reflexology, are being increasingly used by western practitioners to ‘invigorate’ the life-force energy flow to restore health to unhealthy organs. Reflexology dates back to ancient Egypt. The soles of the feet and palms of the hands, correspond to areas, glands and organs throughout the entire body.