Ancient Ethiopia/Africa mentioned more than any other nation in Bible

Ethiopia (Bible-period Africa) is mentioned so many times in the Bible that one would presume that its extensive political, cultural and economic significance in the Biblical period was common knowledge.

Below, find a few examples of the recognition given to Africa in the ancient times:

Can the Ethiopian change his skin, or the leopard his spots? then may ye also do good, that are accustomed to do evil.

Are you not as children of Ethiopia unto me, O children of Israel. Have I not brought up Israel out of the land of Egypt?

Ethiopia and Egypt were her strength, and it was infinite; Punt and Lubim were thy helpers.

From beyond the borders of Ethiopia my suppliants, even the daughter of my dispersed shall bring mine offering. 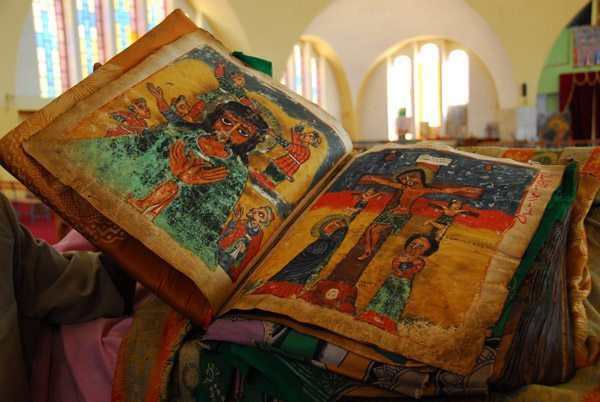 Ethiopia is one of the first countries mentioned in the Bible. It is associated with the garden of Eden.

Describes the kingdoms founded by the families of the founders of Ethiopia.

And when he heard say of Tirhakah king of Ethiopia, Behold, he is come out to fight against thee: he (king of Babylon) sent messengers again unto Hezekiah…

Ethiopian general, Zerah, led an army of thousands upon thousands with 300 chariots.

Ethiopia is used as a border to measure an empire.

The topaz of Ethiopia shall not equal it, neither shall it be valued with pure gold.

Princes shall come out of Egypt; Ethiopia shall soon stretch out her hands unto God.

I will make mention of Rahab and Babylon to them that know me: behold Philistia, and Tyre, with Ethiopia; this man was born there.

“Ethiopia and Egypt were her strength, and it was infinite.”

Ethiopian government official goes to Jerusalem to worship, accepts Christianity and brings it back to Ethiopia which was ruled by Ethiopian Queen Kandake (Candace).