ኢትዮጵያ Ethiopia is a landlocked country located in the Horn of Africa, and officially known as the Federal Democratic Republic of Ethiopia. It is the second-most populous nation in Africa, with over 85.2 million people, and the tenth-largest by area, with its 1,100,000 km2.  The capital is Addis Ababa. Ethiopia is bordered by Eritrea to the north, Sudan to the west, Djibouti and Somalia to the east, and Kenya to the south.

Ethiopia was a monarchy for most of its history, and the Ethiopian dynasty traces its roots to the 2nd century BC.   Ethiopia is also one of the oldest sites of human existence known to scientists today, having yielded some of humanity’s oldest traces.  It may be the region from which Homo sapiens first set out for the Middle East and points beyond. When Africa was divided up by European powers at the Berlin Conference, Ethiopia was one of only two countries that retained its independence. It was one of only four African members of the League of Nations. After a brief period of Italian occupation, Ethiopia became a charter member of the United Nations. When other African nations received their independence following World War II, many of them adopted the colors of Ethiopia’s flag, and Addis Ababa became the location of several international organizations focused on Africa. 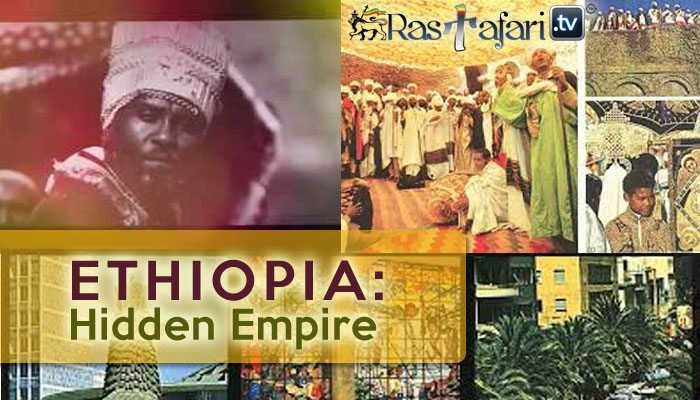 Modern Ethiopia and its current borders are a result of significant territorial reduction in the north and expansion in the south toward its present borders, owing to several migrations and commercial integration as well as conquests, particularly by Emperor Menelik II and Ras Gobena. In 1974, the dynasty led by Haile Selassie was overthrown as civil wars intensified. Since then, Ethiopia has seen a variety of governmental systems. Ethiopia is one of the founding members of the Non-Aligned Movement (NAM), G-77 and the Organisation of African Unity (OAU). Today, Addis Ababa is still the headquarter of the African Union, the Nile Basin Commission,  the Pan African Chamber of Commerce (PACCI) and  UNECA. The country has one of the most powerful militaries in Africa and Addis Ababa is the headquarter of the continental African Standby Force (ASF). Ethiopia is one of a few African countries to have its own alphabet.  Ethiopia also has its own time system and unique calendar, seven to eight years behind the Gregorian Calendar. It has the largest number of UNESCO World Heritage Sites in Africa.

The country is a land of natural contrasts, with spectacular waterfalls and volcanic hot springs. Ethiopia has some of Africa’s highest mountains as well as some of the world’s lowest points below sea level. The largest cave in Africa is located in Ethiopia at Sof Omar, and the country’s northernmost area at Dallol is one of the hottest places year-round anywhere on Earth. There are altogether around 80 different ethnic groups in Ethiopia today, with the two largest being the Oromo and the Amhara, both of which speak Afro-Asiatic languages. The country is also famous for its Olympic gold medalists, rock-hewn churches and as the place where the coffee bean originated. Currently, Ethiopia is the top coffee and honey-producing country in Africa, and home to the largest livestock population in Africa.

Ethiopia has close historical ties to all three of the world’s major Abrahamic religions. It was one of the first Christian countries in the world, having officially adopted Christianity as the state religion in the 4th century. It still has a Christian majority, but a third of the population is Muslim. Ethiopia is the site of the first hijra in Islamic history and the oldest Muslim settlement in Africa at Negash. Until the 1980s, a substantial population of Ethiopian Jews resided in Ethiopia. The country is also the spiritual homeland of the Rastafari religious movement, that is influenced by Pan-Africanism and has globalized Ethiopian flag tricolors with the spread of Reggae music alongside Hip hop culture.  Ethiopia, which has Africa’s second biggest hydropower potential,  is the source of over 85% of the total Nile water flow and contains rich soils, but it nevertheless underwent a series of famines in the 1980s, exacerbated by adverse geopolitics and civil wars, resulting in the death of hundreds of thousands.  Slowly, however, the country has begun to recover, and today Ethiopia has the biggest economy in East Africa (GDP) as the Ethiopian economy is also one of the fastest growing in the world and it is a regional powerhouse in the Horn and east Africa. The country remains politically fragile, with the opposition struggling for democracy and with reports of human rights abuses.

Dear Beloved Brothers and Sisters, our Dear Father Qesis GebreSelassie Fitzgerald will be laid to rest on Friday the 8th of Octo...
Theme developed by TouchSize - Premium WordPress Themes and Websites