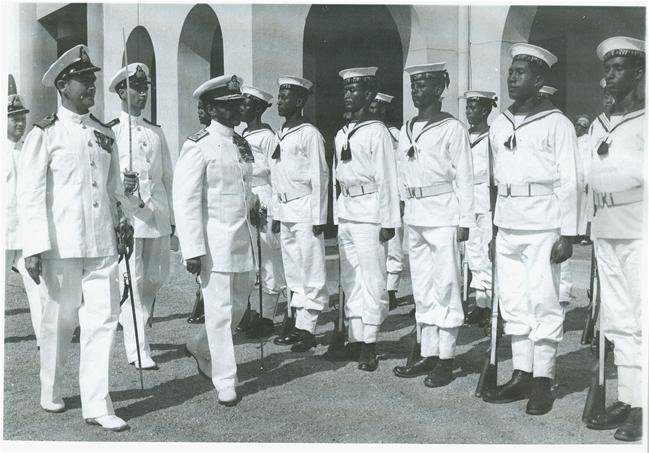 Speech: Inauguration of The Assab Port

INAUGURATION OF THE ASSAB PORT

In ancient times, when Ethiopia enjoyed the unencumbered rights of her extensive coastline, such a name as Adulis, the thriving port on the Red Sea, was a recognized gateway for a flourishing maritime commerce. One of the underlying motives for Our journey to Europe in 1924 was to secure at whatever cost a free port for Ethiopia even if it meant securing one on lease. And as a result of Our discussions with the then Italian leader what was proposed to be given to Us as a concession did not exceed a few thou-sand square metres of land on the coastline. But today, by the grace of God, Ethiopia is master of her territorial waters and of her own ports. Today, We stand here at a moment when history is to repeat itself, when Ethiopia will again have her own appropriate role to play in international commerce. With the inauguration of the port of Assab, which accords so readily and significantly with Ethiopia’s expanding trade, the ocean-borne carriers of international trade will again shelter and service in Ethiopian waters.

The opening of the Assab Port is the capstone of a significant chapter in the history of modern Ethiopia – the fulfilment of a long-desired dream. The history of the return to Ethiopia of her seaports, which this ceremony vividly recalls, is well-known. Only ten years ago, Ethiopia’s commerce through the international sea-lanes was subject to the wishes and dictates of others. Not only was Our country’s economic life stifled but being left without any outlet to the sea, Ethiopia was barred from enjoying the fruits of normal and unencumbered international trade. Only those who have been required by geographical position or historical circumstance to live without a port opening on an international waterway can appreciate the full measure of the restrictions which are attendant upon a land-locked life. It is unfortunate that even today, certain countries of the world suffer from the same predicament. As We said on this very spot years ago when We here laid the cornerstone for the construction of this now happily completed project: “No Ethiopian of this or future generations can afford to forget the disadvantages under which Our country suffered in the days when We had no access to the sea.”

In these days of growing international contacts, when the world is becoming ever more closely knit, when Ethiopia’s economy continues to expand, the Port of Assab is destined to playa significant role, not only in keeping open the dis- patch routes for our commerce, but in rendering to the world’s merchant shipping those maritime services necessary for the unhindered flow of men and materials that have become an indispensable part of world life. This Port and its activities will redound to the welfare of the entire country. Situated as it is on the north-east edge of the Ethiopian plateau, the people of this region will be the first to enjoy its benefits, but, ultimately, the impact which it will have on the standard of living of the Ethiopian people will be felt by all. Enhanced communications facilities stimulate trade, which in turn stimulates further increases in production. This Port, in conjunction with the system of roads which is being expanded, have been given the highest priority because of the vital role which they play in the development of the nation and the exploitation of its God-given wealth for the benefit and welfare of Our people.

The great destiny and the concrete economic purpose of the Port of Assab will, We are confident, be now fully realized. It will complement those of Massawa and Djibouti, and provide adequate harbour facilities for Ethiopia’s international commerce and facilitate her connections with the world arteries of communication.

On this occasion, We must recall the significant part played in the accomplishing of this task by the healthy relationship so happily existing between Ethiopia and Yugoslavia. We and Our people shall remember with gratitude the invaluable assistance of H.E. Marshal Josip Broz Tito who, by readily accepting Our suggestions in connection with this Project, greatly contributed to its successful completion. The assistance afforded in the construction of this Port remains a symbol of Ethio-Yugoslav relations and friendship, which We fervently hope will continue to develop to the mutual benefit of our two countries. We are pleased to welcome today Yugoslavia’s special delegate to this ceremony, His Excellency Mr. Marin Cetinic and We ask that he carry Our words of thanks with him to his country.

We must also refer to the painstaking work undertaken and performed by Pomgard, work prosecuted with such diligence that this programme has been completed ahead of schedule. To them, and to all who have participated in this project, all thanks are due.

The Hand of the Almighty has been constantly evident in guiding Ethiopia along the path of progress and development. It is He who ordained that Ethiopia’s seaport should be returned to the Motherland during Our time. It is He who crowned the labours here at Assab. We invoke His blessing upon this Port in the hope that henceforth it will be a blessing to the lives of Our people.
In the spirit of national dedication, We call upon those who will administer this Port, and upon all whose lives will be touched by its operations, to ensure that the Assab Port proves worthy of its heritage and challenge, so that by its hospitality and efficiency, it may win the friendship and admiration of international seafarers.