Loading posts...
Home Activism & Hue-man Rights Smartphones: The world in your pocket – The Congolese silent Genocide & blood in your hand
Spread the love

Smartphones: The world in your pocket – The Congolese silent Genocide & blood in your hand

Google, Apple, Intel and other tech companies revealed that minerals sold to fund combattants in the Democratic Republic of Congo and nearby countries may be used in the manufacture of their gadgets. Everyday its an emergency in east of Congo due to crisis war and sexual violence.

The disclosures come thanks to the reform-focused Dodd-Frank Act, which now requires thousands of companies to release an annual report detailing the use of so-called conflict minerals. Tungsten, tin, tantalum and gold-products common in electronics and known collectively as “3TG” are mined heavily in the Democratic Republic of the Congo and other central African countries. Proceeds from some of the mines are used to fun an ongoing war that’s become the deadliest armed conflict since World War 2, according to one study.

However, because such materials travel through a variety of smelters, manufacturersand distributors before they end up in a phone or laptop, vetting the entire manufacturing line is a difficult, expensive process. The SEC has estimated that compliance with the new rule cost companies $3 to $4 billion in the first year and will cost $206 to $609 million in subsequent years.

In regulatory filings, the tech giants continuously said they did not have sufficient data to fully determine whether conflict minerals were present in their products. Google wrote in its filing that “based on our due diligence, we have reason to believe that portion of the 3TG used in our products originated from the covered countries, but we have not identified any instances of sourcing that directly or indirectly supported conflict in the covered countries”. The company disclosed that about 36 percent of its smelters in the Democratic republic of the Congo region have been certified as not trafficking in conflict minerals, but it could notmake a firm determination about other suppliers.
Apple, which began tracking the practices of individual smelters in 2010, said that 80 percent of the smelters it does business with in the region do not use conflict minerals. But like Google, Apple said it did not know enough to definitively say whether the other suppliers use them.

5.4 Million Dead in Conflict Mineral Wars to Put an iPhone in Your Hands

Intel, meanwhile, said that its microprocessors and chipsets are conflict-free, but it could not determine the conflict status of its other products. And Amazon said “majority” of the suppliers that contribute to its kindle pipeline are not using conflict minerals.

Every company which made a disclosure said they would pressure their questionable suppliers to be certified as compliant with conflict-free standards.

overall, the reports indicate that tech companies are at least advocating for the manufacture of conflict-free products, but they are finding it difficult to implement such initiatives on a practical level. No ones is keen on abandoning the region entirely-despite raised awareness of conflict minerals, the Democratic Republic of the Congo’s share of tantalum production actually increased in 2013, according to the Wall street Journal. Some companies even argue that continuing to draw minerals from the region could allow them to be a force for good. 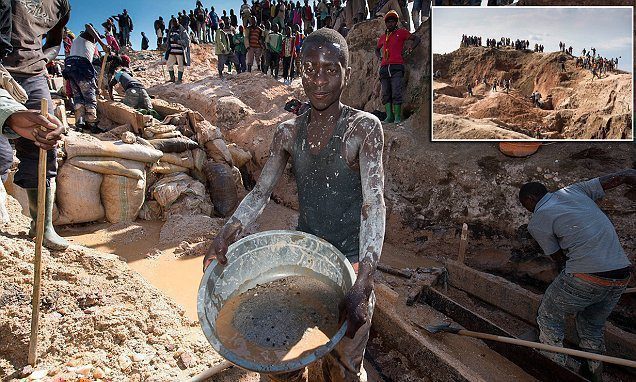 “Rather than simply funneling its demand through a limited number of verified smelters or those that are not sourcing in the Democratic Republic of the Congo,” Apple wrote, “Apple believes the best way to impact human rights abuses on the ground in the Democratic Republic of Congo is to have critical mass of smelters verified as conflict-free, so that demand from other questionable sources is reduced.”