On February 21, 2017, Jawara McIntosh, son of legendary reggae artist Peter Tosh, was beaten into a coma, sustaining severe traumatic brain injuries while in the custody of Bergen County Jail in New Jersey while serving a six-month sentence for cannabis-related charges.

Peter Tosh was a human rights activist and was an original founding member of The Wailers, alongside Bob Marley and Bunny Wailer. Tosh wrote and performed the iconic song, “Legalize It;” which became the soundtrack of the movement toward legalization. Furthermore, Tosh and Bob Marley co-authored the world-renowned freedom fighters anthem, “Get Up, Stand Up.” 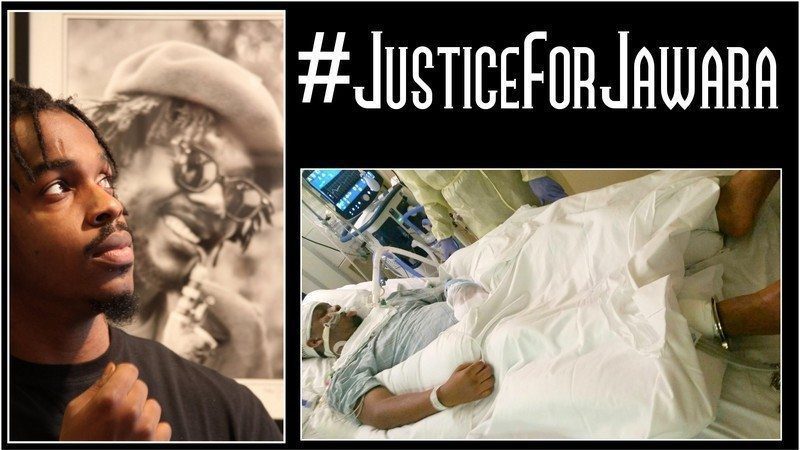 Prior to this incident Jawara was heavily inspired by his father’s legacy. Jawara is a practicing Rastafarian and advocate for the legalization of marijuana. Within the Rastafari faith cannabis is a sacred herb, and across the globe it is known for its medicinal properties and values.
Sadly, now at age 37, as a father of four, a musician, a Rastafarian, and the youngest son of Peter Tosh, he is presently unable to speak or use any form of communication; nor is he able to move with intent. On February 21st, Jawara’s mother received a call from Hackensack Medical Center (NJ) informing her that Jawara needed a life saving surgical procedure after being savagely attacked while in the care of Bergen County Jail.

Jawara’s mother, Melody Cunningham, and family, including his nine siblings are calling for the United States’ Department of Justice to conduct an independent investigation into the circumstances that led to the brutal beating that left him in a coma. The family is asking you to get up and stand up for Jawara’s rights by signing this petition.

Niambe McIntosh, Jawara’s sister and the administrator of the Estate of Peter Tosh, calls you to action: “These establishments must be held accountable! To allow this to happen to any human being is criminal. This is the first step of a movement to bring Justice for Jawara. Our family is counting on you to stand up and sign this petition.”

Family attorney Jasmine Rand states: “Some states have begun legalizing cannabis; but far too many people continue to be stripped of their freedom for cannabis related charges resulting in mass incarceration, brutality, and murder, depriving individuals of their constitutional rights.”
Please sign this petition and ask the United States Department of Justice to conduct an independent investigation into the deprivation of Jawara’s constitutional rights.