Barbados Pay Us Back! Rastafarians demand justice at marijuana conference

One member of the Rastafarian community has called for reparatory justice for discrimination against members over the use of marijuana.

Keturah Babb of the Ichirouganaim Council for the Advancement of Rastafari told today’s session of the University of the West Indies’ two-day marijuana conference that they have been legally and socially castigated for admitting to the use of ganja.

“For 80 years Rastafari has been taking all the blows and all the licks, notwithstanding how many people we know smoke ganja.

Speaking on the topic Framing mischief: the adverse impacts of marijuana law, Babb presented a so-called ‘charge sheet’ to the conference, outlining how her peers have been marginalized by legislation over the past decades. 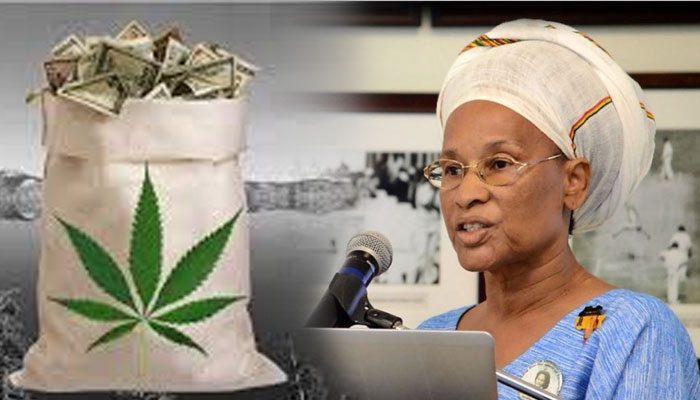 According to her, Rastafarians have been prevented from organizing a legitimate, specialized, ganja-based industry, and have not been able to create employment for themselves or others in that area.

“If you put it together you will calculate that for the past 80 years, and for 40 years in Barbados how much money we have paid into the courts, how many livelihoods have been destroyed, how many families that have been denuded, the harm that has been done.

“So if I do wrong, according to your law, you penalize me. But now that you are turning the coin on its head and you’re admitting that you made a mistake I think I am due some compensation,” she said to resounding applause.

Babb said in addition to being viewed as “actual and potential criminals”, they were profiled by police, immigration and other state officials.

“We’ve been brutalized by law enforcement without recourse, our livelihoods destroyed, our ability to have a livelihood has been tampered with because after incarceration you don’t get it too easy. Even adjusting and fitting into your family again, they’re ashamed of you, they’re afraid of you, all kinds of business going on.

“What about the poor black communities that have been denied and restricted the free and open recreational use of ganja, which is so good now that it is going to be a problem-solver economically for the rest of the world, including Barbados,” she said.

She also pointed to a criminal enterprise, which she said was spawned by the prohibition of ganja.

“It has brought in the proliferation of guns and spawned the violence that we’re seeing in our communities right now. It has provided a cover for crack cocaine so that you could justify the war on drugs. It has prevented the growth of an industry for poor people. It has sharpened the divisions among black men because those that are in uniform and armed against their brothers who are not in uniform but are arming themselves. And therefore some reparatory justice is in order.”

She told the conference that laws and attitudes towards the herb has also affected her personally, stating:  “I’ve been Rastafari . . . from creation. I have children and I have grandchildren. When my son gets stopped every day, when my grandchildren grow up and face the same things that I face, I have to speak out right now.”

For Babb and other Rastafarians, calls for decriminalization of marijuana go beyond merely having the freedom to practise their religion.

“Do not define us as having only a sacramental interest in ganja. We have an indivisible stake in ganja; economic, social, environmental, cultural, sacramental. It is a fundamental part of our livelihood, our way of life.