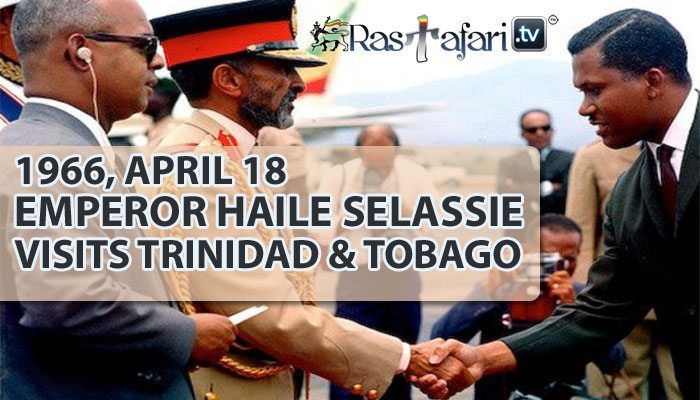 When Trinidad & Tobago became independent, the 1st Prime Minister, Dr. Eric Williams visited 9 Afrikan nations. In the summer of 1965, Dr. Williams visited Ethiopia & invited H.I.M. Haile Selassie I to visit Trinidad. Williams coordinated a Caribbean tour for the Emperor which began on April 18, 1966 when He arrived on the island of Trinidad and was greeted by thousands of people along the airport route.  His tour of this nation included a visit to the Ethiopian Orthodox Church, The House of Parliament and functions arranged by Dr. Williams. He also visited Tobago and then left for Jamaica, Haiti and Barbados.